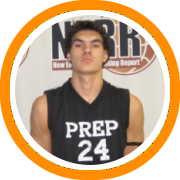 New England will be well represented this weekend in Kentucky at the Derby Festival Basketball Classic, the oldest continuously held all-star game in the nation.

Nearly all of the players are ranked among the top 40 prospects in the country, including five McDonald’s All-Americans.

The players will participate in the Horseshoe Foundation Night of Future on Thursday night.  The Derby Festival Basketball Classic will take place on Friday night at the University of Louisville’s Freedom Hall.