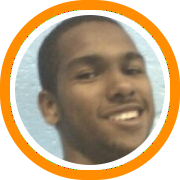 It is the dawn of a new era at Notre Dame Prep as Head Coach Bill Barton will no longer roam the sidelines in Fitchburg, and former Dartmouth College Assistant Coach Ryan Hurd now takes the reigns.  But that isn’t the only change for the defending national prep school champions as only two players from last year’s squad return in Johnny Higgins and Sean Crawford.

“It’s a lot different this year without Coach Barton,” said Crawford.  “But it has been good so far.  I think I’m getting better and we’re all working real hard.  But we don’t have Mike [Beasley] down there [on the post] anymore either.”

Indeed, without Beasley Notre Dame’s offensive attack will certainly change somewhat.  But with so many quality athletes still on campus you can expect the same type of running, trapping, and fast breaking that Coach Barton’s squads were all famous for.

The only thing lacking from this year’s group may be that one dominating interior presence.  That having been said 6’6” junior Kenny Stewart and 6’5” junior Terry Carter were both impressive on Tuesday and are likely to share the post player role on this team.

On the perimeter there is an overwhelming amount of athleticism and talent.  Higgins and Crawford are likely to share the point guard duties as both players seem to be embracing their roles as leaders of this team.  Higgins continues to be as powerful point guard as you will find and was both scoring and setting up his teammates on Tuesday.  Crawford has also made dramatic improvements in the last year as he seems much more comfortable running a team and getting to the basket, while continuing to show his deep shooting range.

On the wings you will find players like Kimmie English, Melquan Bolding, James Southerland, Gaby Belardo, and Devin Brown.  English is an exceptionally athletic player who is already being pursued by the likes of Florida State, Missouri, and Miami.  Melquan Bolden gets to the basket virtually at will and has already committed to Rick Pitino and the University of Louisville.  James Southerland is another player on his way to the Big East as he will suit up for the Syracuse Orangemen next season.  Belardo has a chance to play at the highest level as well as he is extremely crafty getting to the rim, knocks down open shots, and creates open shots for his teammates.  Devin Brown is another tremendous athlete who is at his best when attacking the rim either off the dribble or in transition situations.

Overall, it may be a new era at Notre Dame but you can continue to expect a lot of the same things: full court defense, transition offense, and a lot of W’s and top college prospects along the way.