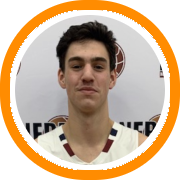 This year, we are going to begin with the local teams who will take part in the National Prep Showcase, held November 18th-20th at Albertus Magnus College in New Haven, Connecticut.

Brewster Academy is coming off a stellar 2021-22 season where they were crowned NEPSAC AAA champions.

They have elite level senior talent

Brewster has an astounding five top 100 players in 247Sports Class of 2023 rankings with Solomon Ball, JP Estrella, Taylor Bowen, Carey Booth, and Reid Ducharme. All of these players have made their college decisions as well to UConn, Tennessee, Florida State, Penn State, and Xavier respectively. It will be difficult for teams to pick who to key on with this amount of firepower.

This is an experienced group

A number of players return from last year’s group who, while they won their NEPSAC league, did not accomplish winning the National Prep Championship. Reid Ducharme, Aaron Clark, Taylor Bowen, Jeremiah Jenkins, Sawyer Mayhugh, Reid Celestin, and Gabe Grant all are returning to the program to go with JB Frankel and Will Franks who were both members of the Northfield Mount Hermon’s team that made the National Prep Championship title game. Harvard commit and Andover post grad Aidan Cammann is also on board this year. He is joined in the post grad class by Makaio Morphy, Daniel Springman, and Evan Walker.

A defensive stopper on the wing was brought in

An underrated addition for the Bobcats was recent UCF commit Comeh Emuobor. He will fill an important role as someone who can impact the game without a lot of touches. Emuobor has the strength, length, and lateral quickness to be a very good option defending an opponent’s number one perimeter scorer. More than just a defensive player though, he can also attack in straight lines and is capable of hitting open spot-up treys.

Who will take the floor general reigns?

Brewster has a difficult task of replacing current Iowa freshman point guard Dasonte Bowen. The two most likely candidates to fill that role will be Jeremiah Jenkins or JB Frankel. Jenkins was in the rotation last year and stands out with his burst, mid-range touch, and quick hands defensively. Frankel is a high IQ passer, can space the floor from deep, and takes great care of the ball. With all of the talent surrounding this roster, it will be important to have someone running the point who can maximize others’ abilities.

Who will emerge as the next sleeper?

Players like Joe Sherburne and Robert Champion were primarily looking at D3 schools before coming to Brewster before going on to have standout careers at UMBC and Holy Cross. Will Franks and Reid Celestin are two candidates from their current team who have the potential to have a similar story. Franks is a forward with textbook shooting form & a quick release, excelling at hitting three-pointers when spotting up. Celestin is a wing with positional size, playmaking, and length to impact the game defensively.

Can they all buy in and come together to win the NEPSAC AAA, NEBL, and National Prep Championship titles?

Brewster will be playing the highest level of competition in New England. They also have arguably the most talented roster from top to bottom. With this comes expectations. Similar to Putnam Science Academy, high profile players will have to be willing to sacrifice minutes or shots for the greater good of the team. If they are willing to do that, Brewster could potentially be the first team ever to win the NEPSAC AAA, NEBL, and National Prep Championship all in one season.