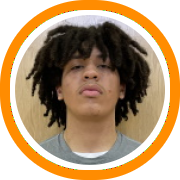 At Woodstock Academy, head coach Jacque Rivera is entering his third season at the helm of the program after having previously taken the MacDuffie program to new heights.

The Centaurs may have more frontcourt depth than any other prep school program in New England. Jalen Pitre is a strong 6’9 southpaw from California who is already committed to Pepperdine, and while he can be physically imposing, he’s also one of the best passers on the team. Simon Hilelbrant is a skilled 6’9 big who can also pass while providing a floor-spacing shooter. Jayden Webley is a 6’10 space-eater who is absolutely immovable inside the paint. DiAri Duncan is another traditional interior big who missed the first part of the fall with an injury suffered this summer, while Promise Opurum is a rugged and powerful athlete inside who has exceeded expectations thus far. 6’11 Jamine Charles may have the highest upside of them all. He’s a true senior who could opt to return next year as a post-grad. Dominic Strothers is likely to see most of his time at the forward spot but still offers great positional size at 6’9 along with developing skill. Chiwer Mayen, has proven himself since arriving for Maine, and may end up headlining the frontcourt of the program’s blue team.

Rivera tapped into his deep roots into the greater New York City area to build this year’s roster. JayShayne Woodard, a wiry big wing with offers on the table as high as the A10, joins smooth scoring guard Jalen Bradberry and Opurum as products of the Riverside Hawks program. Duncan comes from the New York Jayhawks while Diovion Famakinde, a big-bodied wing with guard skills in 2023, is a PSA Cardinals product. Tyshawn Trail, a product of Diallo Elite, has been among the most pleasant surprises thus far with his combination of physical strength, toughness, and skill. Jaden Fleming is another New York native who could compete for minutes on the perimeter. Kunga Tsering is from across the border in New Jersey but another talented post-grad attracting scholarship level attention.

3. One other name to know

Travonne Jackson may be the only potential division I prospect in the class of 2022 that didn’t come from the tri-state area. The Ohio native is a big (6’6) and athletic wing that plays above the rim with ease and is just starting to scratch the surface of his potential.

1. Is the roster balanced?

If this were an NBA roster, Rivera would be scouring the trade-market looking to move a big for a guard, because Woodstock has a ton of bigs, and a limited supply of impact guards. In fact, most of the best true guards are all on the young side. Keenan Emmanuel is probably the most naturally talented of the bunch, but the Canadian native is only a sophomore. Corey Johnson is a true point guard in the class of 2023 who could contend for rotation minutes while Walter Andrews is a big, power guard who makes his debut after attending Rocky Hill School in Rhode Island last year. Whether or not any of those youngsters is physically ready to hold their own against the top prep programs in the country remains to be seen though.

2. Will they play big or battle for minutes?

Playing small has become commonplace at almost every level of basketball, but playing big is much more difficult because it requires coaches to figure out ball-handling responsibilities, floor-spacing challenges, and defensive match-ups. It isn’t impossible…but it isn’t easy. The question for Rivera is whether or not he’ll attempt to play multiple big men together, or let them battle it out for minutes, with only 80 to give out per night up front.

Regardless of what type of line-ups they utilize, and whether it is up front or on the wing, there is so much depth and parity here, that the biggest unknown is just who manages to separate themselves. After six weeks of workouts, it is still too hard to say. Pitre, Hilelbrant, and Opurum have probably been the best so far up front. Trail, Woodard, and Jackson among the best on the perimeter, along with Emmanuel in the backcourt. But things are bound to change once games begin and for this team to reach it’s potential, they’ll need to establish some clarity in their rotation and depth chart.