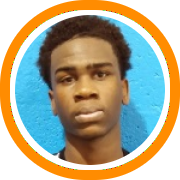 Notre Dame Prep might not be part of the NEPSAC, but that doesn’t mean they aren’t one of the most storied prep programs in New England.

Just the opposite, Notre Dame Prep has been synonymous with the highest levels of prep school basketball since their first appearance on the scene, and because they operate as an independent program, the only championship they chase is the national one.

They also don’t operate under the same set of rules and so while most programs are now just beginning practice, Notre Dame is already off to a 2-0 record on the season.

This year’s squad may lack some of the star power we’ve seen in previous years, but there is notably more talent, and certainly more depth than we saw in Fitchburg a year ago.

The team will again be a perimeter oriented group, but two of their best overall prospects reside on the interior in Chris Baldwin and Jarrell Brantley. Baldwin, the six-foot-eight junior who transferred from Springfield Central in September, is already well known in New England. A natural talent with size, strength, and athleticism alike, he’s making clear strides and now appears committed to improving his conditioning and maximizing his productivity.

Brantley will be his running mate up front. A six-foot-six post-graduate with a ripped physique, he’s been the subject of wide-ranging division I interest and recruitment this fall, and should be one of the premier scorers and rebounders for this club.

Jamie Orme, a six-foot-six forward from Washington, is a high level athlete who will be another important contributor while Oluwole Osuntuyi and Kafani Williams could see time off the bench as well.

The team’s depth is best displayed on the perimeter where there should be an intense competition for minutes all season long.

Kris Clyburn, a long and athletic lefty, was the best of the bunch on the day NERR was in the gym, with a game that was stylistically very reminiscent to that of Derrick Jones, one of the top 25 prospects in the national class.

With the six-foot-four Clyburn likely to start on the wing, the starting guard spots were still up for grabs. The contenders include: Jerry Johnson, a powerful and stocky six-foot-two guard from Memphis; Devyn Wilson, a talented big guard who arrives with a strong reputation out of New York City; and Pat Welch, one of the most pleasant surprises on the team.

A post-grad from Pembroke High School in New Hampshire, Welch led his team to a state championship in his senior season, but was barely known beyond the borders of the Granite State. That’s all about to change now as he is tough, skilled, and already making a clear impact.

Winston Morgan, another local product who led his team to a state championship during his senior year, has arrived after graduating from East Catholic in Connecticut and is ready to provide the team with a spark from behind the three-point line.

Isaiah Ice is another NYC product and a very capable playmaker with the ball in his hands while Curtis Weathers will provide additional backcourt depth.

Charlie Russo and Jordan Parker will both be in the rotation on the wing. Russo is a jack-of-all trades swingman who arrives with toughness he earned on the gridiron in upstate New York, while Parker is a six-foot-four shooter who makes his living behind the arc.

When it is all said and done, this isn’t head coach Ryan Hurd’s most talented team ever, but they’re good enough to beat anyone on any given night, and seem to have the ingredients necessary to maximize their talents. Put those two components together, and you have a squad that can make some noise.