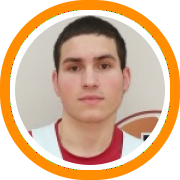 All programs are not created equally in Class AA of the NEPSAC.

While most have both boarding students and post-graduates alike within their general student body, there are a select number of smaller schools that look to compete with higher profile basketball programs without having the luxury of the same resources.

The Master’s School is one such program. Traditionally a K-12 day school, Master’s has only recently added post-graduates, although the lack of on-campus housing makes even that possibility a very difficult one.

Nevertheless, head coach Ralph Auriental and his club have shown they’ll take on all comers in Class AA and this year doesn’t appear to be any different.

While the 2014-2015 version of the team might not have quite the same depth as we saw a year ago, this is very possibly the most talented starting five we’ve seen in quite a long time.

The group is led by an impressive junior trio that ensures the program will be one to be reckoned with for both this year and next.

Sam Ibiezugbe returns to anchor the team in the middle of the line-up. Far from the sleeper he might have been a year ago, his size and motor are now well known commodities to both college coaches and opposing programs alike. He’s made consistent strides with his offense, but can flat out dominate the game inside the paint on the defensive end.

Ibiezugbe is joined by a pair of incoming juniors. Elijah Pemberton is a familiar face after starring at nearby Xavier High School last season and running with the New York Lightning on the EYBL circuit. A well-known athlete, Pemberton has been working to develop his skill set and extend his game to the perimeter.

Andrew Garcia has been making waves since his arrival in September. A strong and physical wing, Garcia asserted his will like no one else in the gym the day the New England Recruiting Report visited West Simsbury this fall. That couldn’t have been too out of the ordinary either as he’s scored offers from Fairfield, Stony Brook, and Boston University thus far.

The team’s lone post-graduate is Nylan Yancy, a six-foot-three guard from Dallas who has good size, length, and athleticism for the backcourt and consequent playmaking ability on both ends of the floor.

Senior point guard Celio Araujo returns to run the show as the team’s undisputed leader and floor general. Best known for his efficiency and ability to set the table, Araujo is also a much improved shooter who is now making both threes and pull-ups with consistency.

That first five is a talented and dangerous group but they will be supplemented by some weapons off the bench, tops among them being Chibuzer Ogbue. The senior forward is long, athletic, a major weapon on the defensive end of the floor, and a high level finisher who plays above the rim with ease.

Sophomore guard Malik Jackson provides some quality depth in the backcourt as an up and coming ball-handler and playmaker who will be able to play either on or off the ball.

In total, this year’s Master’s team is about quality over quantity. They may not run waves of players at you, but the five on the court are going to be capable of competing with anyone in the league, and that’s quite an accomplishment for a school without a single boarding student.