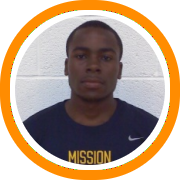 The respective programs are in very different places, Marianapolis an already established team that advanced to four straight class B finals before last year’s realignment, and Putnam Science, a budding club that isn’t yet an official member of the NEPSAC but continues to add more talent each and every year.

Because the two schools are located less than five miles away from each other, they combine for open gyms three days per week, giving on-lookers a two for one special.

Marianapolis’ prospectus for the upcoming year once again looks solid.  Andrew Vitale returns for his second year at the helm of the program after succeeding his father a year ago, and the tools are in place to make another run this year.

Kristian Medina, the team’s leading returning scorer, is back for what many are expecting to be a breakout year.  Medina hadn’t yet arrived as of last week as he was competing abroad with the Puerto Rican junior national team.  Also not yet arrived was six-foot-three junior Alexander Dubovitskiy who is coming from Russia.

Medina will be surrounded on the perimeter by the team’s two incoming post-graduates, Kachi Nzerem and Nigel Sydnor.  Nzerem is a New Mission graduate who follows in the footsteps of Ousmane Drame in spending an additional year at Marianapolis, and he has all the tools to make a big impact with a terrific long frame and consistent long range jumper.

Sydnor comes to Marianapolis by way of Baltimore and he is as powerful of a lead guard as you’ll see anywhere in prep school basketball this year.

Speaking of power, incoming junior Greg Senat has a huge frame of his own.  The New York native will have coaches drooling as soon as he walks in the door and owns all the physical tools to evolve into a major contributor for Marianapolis.

Sophomore Bobby Ahearn looks poised to grow his role this year and potentially join Senat up front in the starting line-up.  A highly skilled six-foot-six forward with inside-out tools, Marianapolis hopes that Ahearn can play a role similar to what Georges Niang did for Tilton early in his career.

As for Putnam Science, this may be the most talented team head coach Tom Espinosa has had in his six years at the helm of the PSA program, and undoubtedly his deepest.

Connecticut native and St. Joseph’s graduate Oscar Assie has arrived to solidify the frontline as a post-graduate where he will team with returning starter Tyree Robinson, an absolutely explosive athlete who will repeat his freshman season and reclassify to the class of 2015.  Keon Scott, a six-foot-three post-graduate from Pennsylvania, will provide depth and versatility along the frontline.

The backcourt is where PSA should be especially dangerous thanks to the arrival of three potential impact players.   First is Massachusetts native Jonathan Joseph who will transfer in from Brockton High School and repeat his freshman year.  An undersized lead guard with instincts and maturity beyond his years, he appears poised to step right in and run the team.

Providing scoring firepower will be Dayshon Smith, a six-foot-one guard from the Bronx who made a name for himself this summer running with the New York Gauchos.  A shooter with a matching handle, Smith is likely to establish himself as one of the premier shot-makers in New England before too long.

Rounding out the line-up will be Shaun Lawton, a six-foot-three versatile swingman who comes to PSA from Long Island Lutheran in New York.  A potential jack of all trades for this club, Lawton can impact the game with his scoring, defense, and high basketball I.Q.

Combined, the two clubs not only make for one heck of a pre-season workout but also a very exciting year of basketball in eastern Connecticut.