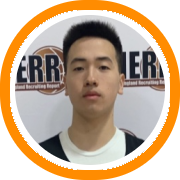 Up first is Brewster Academy, a program that has set the national standard in prep school basketball under head coach Jason Smith with seven national championships since 2010 along with 6 NEPSAC Class AAA tournament championships and 9 regular season AAA championships.

1. This is a very young team

We don’t have the numbers to back it up, but this seems like the youngest Brewster team in recent memory, if not of all time. Especially when you consider who is most likely to be playing the lion’s share of the minutes. The class of 2023 features a core group of Matas Buzelis, Taylor Bowen, Reid Ducharme, and Aaron Clark. Mayhugh and Reid Celestin could end up being important contributors as well. In 2024, Jeremiah Jenkins figures to be part of the rotation as just a sophomore while Gabe Grant’s long-term potential might be enough to get him on the floor as well. Even fellow sophomore Harry Luo has vastly exceeded expectations since his arrival.

Aside from their annual talent, one of the things you can always rely on at Brewster is accurate measurements of their players (without exaggerations). Those measurements document the notable late-blooming growth of more than one prospect. Buzelis, who was reported to be 6’7 before he arrived in Wolfeboro last year, has now stretched to 6’10. Davidson commit Reed Bailey was about 6’6 two years ago at Lawrence Academy and most recently measured in at 6’11. Taylor Bowen is now listed at 6’9 with game-changing length at 7’2. Even point guard and Iowa pledge Dasonte Bowen offers great positional size at 6’3 with a 6’7 wingspan.

Most of the team’s firepower will come from familiar names with Bowen, Bailey, Buzelis, and Ducharme expected to play major roles. Phillips Andover transfer Bube Momah, who committed to Lehigh last month, should also play significant minutes while Sawyer Mayhugh is another local product who will have an opportunity to prove himself this year. LJ Glover, a physical specimen in the middle, and Max Majerle, a bouncy southpaw shot-maker on the perimeter, headline the incoming post-grads while Aaron Clark, a transfer from St. Benedict’s in New Jersey, gives the Bobcats yet another high-major prospect in the class of 2023.

1. Is Buzelis the best junior to ever play at Brewster?

Those are lofty expectations to put on anyone, considering the players that have come through Brewster in the last decade, and to be clear, we’re not yet suggesting that we should be measuring someone in high school against an NBA all-star like Donovan Mitchell. But the question is…has anyone ever shown this much clear talent this early on in their overall development. Even Mitchell wasn’t as far along at the same stage when you think about Buzelis’ rapidly expanding size and extreme versatility – he can literally initiate offense like a point guard.

When you play for the most decorated prep program in the country, anything but a championship seems like a disappointment, but regardless of what happens this year, the realization that the Bobcats project to be even better next year – when that 2023 core of Buzelis, Bowen, Ducharme, Clarke, Mayhugh, and Celestin are seniors – is virtually undeniable.

Because the group is so young, they’ll need some veterans to step-up and provide experience in the rotation. While Glover and Majerle are the most likely candidates, Freedom Rhames is also returning for his post-grad year. Other candidates in the class of 2022 include: Marcus Meeks, a bouncy big and the younger brother of former Brewster big man Zane Meeks; Gaston Elie, a scorer in the backcourt and son of former NBA player Mario Elie; Knoah Carver, a heady combo-guard from North Carolina; and Nolan Marold, a rugged big man who has exceeded expectations since his arrival.