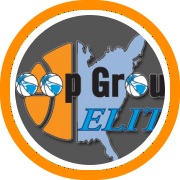 The Winchendon School had three incoming players in the top 20 all-star game but the guy who continues to make a name for himself is Latif Rivers who will play at Avon Old Farms next year.

Rivers, who was also selected for the top 20 game, can shoot the three but is mainly a power guard who likes to get to the rim.  He has a college ready body and is a true combo-guard who is capable of playing both backcourt positions.

Incoming Winchendon post-graduate Adam Kemp is a big man who reminded some people of a poor man’s Luke Harangody with his relentlessness inside the paint.

Markus Kennedy may be the most individually talented of Winchendon’s three incoming players at camp.  He has a lethal combination of strength and skill and when he’s motivated can be a monster on the floor.  Kennedy was also selected for the top 20 game and is already committed to Villanova.

6’8” four-man Allen West Jr. will be a junior at Winchendon next year.  He’s a power player who suited up for both the top 20 game as well as the senior game (21-40 all-stars) and came away with MVP honors from the second contest after finishing plays around the rim, coming up with several dunks, and getting up and down the court well.

Joining West in the senior game was St. Andrew’s Eric Sherman.  That’s not a name too many people recognize yet because Sherman suited up with the Saints’ Varsity 2 team last year.  But he’s a tough and hard-nosed kid who has worked tirelessly to take his game to new levels and projects to be not only a contributor for head coach Mike Hart this year but also someone who may have an outside chance of garnering some division II attention.

Two incoming freshmen point guards earned all-star bids in the NCAA division.  Jihad Pretlew (Avon Old Farms) is very good getting to the rim and can run a team while Khyan Rayner (Bishop Hendricken) is a highly skilled lead guard.

Other players who impressed this week were:  Frank Robinson (Putnam Science Academy) who did his usual stuff by getting to the basket and scoring in high volume; Zaid Hearst (Salisbury) a 6’4” forward who was consistent and solid all week long; and Myles Brilhante (St. Andrew’s) who set people up with his passing, made open shots, and took charges defensively.