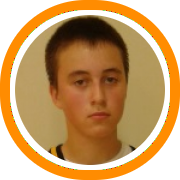 Prep school commitments have continued to come in at a consistent rate in recent weeks.  Here’s an update of some of the most recent:

• K.J. Santos will be transferring from Vermont Academy to South Kent.  Santos is a celebrated six-foot-seven product in the 2016 class whose first season in New England was limited by injury.  He’ll join his AAU teammate Tyler Jackson, who announced a similar move from Vermont Academy to South Kent earlier this fall.  The Cardinals also return 2017 point guard Tremont Waters who is coming off a huge freshman season in class AAA;

• Wilbraham & Monson has added another talented young product in Ryan Murphy, who will transfer from Fairfield Prep and reclassify to 2017.  Murphy joins Wenyen Gabriel, who announced his decision to reclassify to 2016 at Wilbraham & Monson earlier this spring.  Murphy and Gabriel will star for long time assistant coach Mike Mannix, who takes over for head coach Chris Sparks next season, along with the likes of Curtis Cobb and Joe Schneider;

• Brimmer & May School might very well have the best freshman in New England next season.  AJ Reeves recently announced he would transfer from Swampscott High School and repeat his freshman season.  The six-foot-three swingman is loaded with upside and was already one of the top rising sophomores in the region.  Brimmer & May already had a talented returning core with rising seniors David Labossiere and Andrew Simpson along with rising juniors David Watkins and Mark Gasperini;

• St. Andrew’s incoming post-graduate point guard J.R. Lynch was one of the stars of the Super 16 Showcase last week.  Now we know who his backcourt mate will be as Eric DAguanno recently confirmed that he would be transferring from Marianapolis Prep.  They will be joined on the perimeter by a pair of reclassifying sophomores in Aaron Wheeler and Keyshaad Dixon along with incoming guards Cole Swider and Justin Leip.  Those newcomers will add to a returning tandem of Chancellor Ellis and Terrell Brown;

• Marianapolis is quickly reloading on the perimeter as they’ll add southpaw snipers Adrian Lafleur and Tom Horvat next season.  Lafleur, the son of Providence associate head coach Andre Lafleur, comes from LaSalle Academy, where he was one of the top three-point shooters in the RIIL last season.  Horvat also starred in the Ocean State, scoring over 1,900 career points during his career at Providence Country Day.  Marianapolis also returns Ryan Bernstein and Dominique Senat from last year’s 2013-2014 squad;

• The New Hampshire notebook reported earlier this week that Manchester Central’s Brett Hanson would be transferring to Tilton and reclassifying to 2016.  The six-foot-two guard led Manchester Central to a perfect 22-0 record and an NHIAA division I state championship last season.  He’ll join a Tilton team that was already expected to be among the favorites in Class AA next season with the return of Terance Mann, Franklin Porter, and John Witkowski among others.  The Rams will also add six-foot-nine incoming post-graduate Anthony Green following his graduation from North Quincy High School;

• The Watkinson School added an important component of their 2014-2015 team recently when Mike Sagay decided to transfer from nearby Bloomfield High School.  Another prospect who made a name for himself at the recent Memorial Day Super 16 Showcase, Sagay is a big wing with high level athleticism and quite a bit of upside.  He is the second Bloomfield product to depart early for prep school, joining Tyrique Jones, who announced he would reclassify at Vermont Academy earlier this spring;

• Trumbull High School's rising junior guard Matt Turner will be transferring outside the region to Blair Academy in New Jersey where he will be reclassifying to 2017.  Turner is a talented six-foot-three guard who has made dramatic strides in his game in recent months and is currently starring for the New York Lightning's sixteen-and-under team;

• Windsor High School point guard Tyler Rowe will be attending the Taft School next year as a post-graduate according to various reports.  Rowe is a pure point guard who led the Warriors to their latest state championship this year and will take over for Taft's graduating senior Shawn Strickland;

• The Prout School will be losing rising senior Chris Diclemente next season, who recently confirmed he would be transferring to Tabor Academy and repeating his junior season.  A highly versatile guard who is capable of battling bigger players in the frontcourt, Diclemente is coming off a strong performance at the Super 16 Showcase and subsequent selection to the All-Tournament Team.  Tabor should again be one of the top contenders in Class A next season with the return of Jesse Bunting inside and Andrew Jacob on the perimeter.