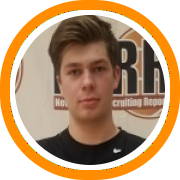 It’s been a busy few weeks of prep school news and the headlines have centered around some of the best (or soon to be best) prospects in New England.  Tomas Murphy is moving from the Prout School to Northfield Mount Hermon while remaining in the 2017 class and Omari Spellman is transferring into the MacDuffie School and remaining in the 2016 class.

At Williston Northampton, first year head coach Mike Shelton is bringing six new players into the program as Williston makes the move from Class B to Class A.  The group will be led by four local products, all of whom will be repeating their junior seasons and reclassifying to 2016.  Six-foot-four swingman Jake Ross will be transferring from nearby Northampton High School, where he averaged 21 points and 13 rebounds last season, establishing himself as one of the best players in Western Mass.  He’ll be joined by former Quaboag star Jake Wisnewski, who also averaged over 22 points and 13 rebounds last season along with 4 assists.  Wisnewski led Quaboag to the finals of the MIAA tournament last year and was on pace to score over 2,000 career points before graduating.  Lynn Classical transfer Kyle Doucette will be the new man in the middle.  The six-foot-seven big man has been a prospect on the rise this spring, attracting scholarship caliber interest while starring for the Boston Warriors.  Brookline transfer Sam Geshickter will be getting a season back after a broken foot took away almost all of his junior season.  A top notch shooter, he’ll be a very difficult match-up at six-foot-five.  The local products will be joined by a pair of incoming post-graduate guards in Ryan Richmond, a six-footer from David and Mary Thomson Collegiate in Toronto and Kieran Hamilton, a five-foot-ten combo-guard from Dwight School in New York City.

Here’s a look at some of the other prep school commitments that have become official in recent weeks:

• Elijah Pemberton will transfer from Xavier High School to the Master’s School, where he will repeat his junior year and join the 2016 class.  Pemberton is running with the New York Lightning and will be eligible for EYBL competition again next year;

• Worcester Academy graduating guard Devon Williams will take a post-graduate year at Brewster Academy next season.  He’s also set to suit up for the New England Playaz throughout the rest of the summer;

• The Hilltoppers will be adding a new post-graduate backcourt of their own next season as Jeff Spellman and Patrick Benzan will both spend their final season at Worcester Academy.  Spellman is starring for Middlesex Magic in his final season on the travel circuit while Benzan, who is already pledged to Holy Cross, has return to the Mass Rivals.  Worcester will also add Jared Whitt to their 2018 class following his transfer from Hanover High School;

• Nobles forward B.J. Martin is on the move to the Tilton School, where he’ll join his BABC teammates Terance Mann and Franklin Porter, to star for a Rams’ team that is expected to be among AA’s best next season.  Martin will reclassify to 2016 upon his arrival.  Tilton is also set to add post-graduate big man Andrew Cartwright, a skilled inside-out big man from Maine;

• Brighton High School guard Javaughn Edmonds will be transferring to Thayer Academy for next season and reclassifying to the 2017 class.  Edmonds is a product of the BABC AAU program;

• Edmonds’ AAU teammate with BABC, Melrose guard Sherron Harris is also on the move next season as he’ll reclassify back to 2017 at Lawrence Academy.  LA will also add Martin Mann, who will join their 2018 class following his graduation from the Hillside School;

• Raiquan Clarke has had a celebrated high school career for Hillhouse in Connecticut, but he’ll spend a season in the prep ranks before heading off to college as the Connecticut Select swingman will do a post-graduate year at Trinity Pawling;

• Simsbury High School will be losing EJ Crawford a year earlier than expected as the southpaw scoring swingman is headed to St. Thomas More next season, where he will repeat his sophomore year and join a Chancellors’ program that projects to be very deep and talented.