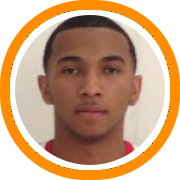 Both teams overcame short-handed rosters to make their respective runs as the Playaz were without their backcourt of Daquon Ervin and Ian Sistare, both of whom were out of the line-up with injuries.  Jarred Reuter continued to be the key to the team’s success, asserting himself in the middle and allowing the Playaz to play an inside out style, but the backcourt more than held their own with Crew Ainge and Corey Daughtery both playing well.  Ainge set the tone on the defensive end and also handled a variety of the ball-handling responsibilities while Daughtery provided an offensive spark with his ability to put points on the board, matching his trademark pull-ups with some drives and threes alike.

Jerome Desrosiers made his Playaz debut, providing a valuable interior compliment to Reuter, while a number of the u16 Playaz saw double duty while playing in both age groups.  Kellan Grady and Tyree Weston both stepped up to help provide backcourt depth while Tomas Murphy was a pinpoint facilitator from the high post while also scoring with both hands around the basket.  His interior counterpart, Jorday Tshimanga, was an absolute beast inside the paint, making for a tremendous high-low tandem.

The Playaz were on the verge of capturing an overtime victory in the u17 championship until Sports U dropped a half-court buzzer beater to steal the title with a two point win.

It was a similar story in the u16 finals, where a short-handed Rivals squad fell to Sports U in the finals, nevertheless scoring a pair of impressive wins on Sunday.  Playing without Makai Ashton-Langford, Wenyen Gabriel, and Anthony Mack (all of whom suited up with the u17 roster) the Rivals scored consecutive 18 point wins in the quarterfinals and semifinals alike.

Saul Phiri was the offensive catalyst, finishing with 22 and 20 points in the team’s final two games of the day, while making physical drives to the basket and knocking down deep jumpers.  Greg Kuakumensah controlled the defensive end, asserting himself for the second consecutive day, utilizing his developing length and athleticism for a series of incredible blocks and changing a variety of others shots with aggressive challenges at the rim.  Wabissa Bede emerged as a relatively new name, emerging as a true point guard who can run the show.  Together, that trio set the tone on Sunday.

Tyonne Malone and David Watkins also impressed at various points throughout the weekend.  Malone continued to use his length and athleticism to get out and make plays going to the rim in the open floor while Watkins appears to still be getting bigger and stronger as he boasted what appeared to be an extra inch or two along with some noticeable muscle mass.

The Rivals head on the road for the next two weeks, getting back on the Adidas Gauntlet series with stops in Indianapolis and Orlando scheduled for consecutive weekends.