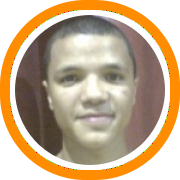 After handling Minnesota Pump n Run with ease in the semi-finals 55-37, the New England Playaz found a familiar foe waiting for them in the final of the prestigious Adidas Super 64 Tournament.  Memphis Magic Elite, who the Playaz had defeated earlier this week in a super pool game, returned for a rematch after turning away the Atlanta Celtics and D.C. Assault in the quarters and semi’s respectively.

Midway through the finals it looked as if the Playaz might take championship gold in commanding fashion as they held a 50-34 lead.  But that’s when the Magic began to utilize their length and athleticism to force turnovers with their full court pressure that would result in a 12-1 run.

The Magic finally tied the game with 1:21 to play, when Joe Jackson found Chris Coleman for a corner three that netted the contest at 60.

The Playaz were called for a player control offensive foul on their next possession and when Tarik Black scored driving to the bucket on the subsequent possession the Magic took their first lead in quite a while with under a minute left on the clock.

But the Playaz weren’t done yet.  With under ten seconds to play Dartaye Ruffin tipped in an offensive rebound that once again tied it up at 62.

Instead of calling a time-out the Magic quickly in-bounded the ball to their star point guard, Jackson, who pushed it up the floor.  With both teams in the bonus, Jackson tried to lure the referees into sending him to the line, but when that only resulted in him being trapped 30 feet from the basket, Jackson elevated to find the open man, Crawford.  The 6-4 shooting guard caught the ball 15 feet from the bucket on the right wing, took one dribble towards the rim, and launched a runner from about 10 feet with 1.3 seconds left on the clock.  When the ball went through the basket the Memphis Magic had won the Adidas Super 64 championship.

Jackson, who finished with 20 points, was named the tournament’s MVP while Nate Lubick, who surely would have won the award had the Playaz claimed victory, had 19.

While the loss was no doubt devastating for the Playaz, it doesn’t take away from their absolutely incredible week.

For a team from New England to go into one of the most prestigious tournaments of the year and defeat the type of national powerhouse programs that they did speaks volumes about the quality of the players and coaches, and New England Playaz program as a whole.

While the New England Playaz proved to be the story of Vegas, there were a couple of other teams who made major statements in their own right.

First among those was the Mass Rivals, who blew out the Detroit Stars 74-49 on Thursday to finish their pool a perfect 3-0 and advance to the gold bracket.  Jordan Laguerre was the story in this game as he scored 18 of his game high 28 points in the first half to pace the Rivals.  Ryan Canty also showed well as he continued to do the dirty work in the paint and finished with a couple of rim rattling dunks.

In the opening round of the gold bracket the Rivals found themselves paired up with the New Jersey Playaz, in a rematch of a game played last month at the Rumble in the Bronx.  The Rivals proved themselves up to the challenge as the game was not only well attended by high-major division I coaches, but was also a thriller of a contest that went back and forth for all 32 minutes of action.

The game within the game turned out to be the individual match-up between Laguerre and the Playaz’ Pittsburgh bound point guard Isaiah Epps.  Laguerre went blow for blow with the future Big East floor general, and won the individual battle outscoring his counterpart 28-24.

While the Rivals would ultimately fall in a heartbreaker, 88-86, the trip to Vegas was certainly a victory for the program as a whole.  They got terrific attention all week long from both college coaches and national media members alike and have proven themselves to be a national caliber program.

The two individuals that seemed to have benefited the most were Laguerre and Carson Desrosiers.  Laguerre went for back to back 28 point games, and seized the big stage in his match-up with Epps.

Desrosiers didn’t need much help impressing college coaches, as he already owned a slew of high-major scholarship offers, but his performance was enough to earn him recognition on the national stage.  He was profiled three times in Vegas, twice by Scout.com and once by the Rivals Network and was noted for being one of the few players in the field who was followed by high-major head coaches everywhere he went, most notably Wake Forest’s Dino Gaudio and Arizona State’s Herb Sendek.

Another team who thrived in Vegas was Connecticut Elite u15 team, who advanced to the Sweet 16 of the gold bracket in their age group.

After going 2-1 in their pool, Connecticut Elite defeated the Bay Area Hoosiers in 59-44 in the first round of the gold bracket.  In the second round the scored another strong win, defeating Urban DFW Elite 60-51 to reach the Sweet 16.  That was where they ran into a loaded DC Assault squad.

Ultimately, the match-up with one of the nation’s top u15 teams brought out the best in Connecticut Elite, but they ultimately fell 51-44.  That would be the closest game the Playaz would face until they reached the tournament finals.

Different players stepped up at different times for Elite, but it seems to be Timajh Parker-Rivera who did the most to catch the eye of college coaches.  Parker-Rivera, Thomas Bajda, and Arkel Miles all took turns leading the team in scoring while John Covington also stood out.