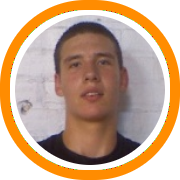 New England was well represented down the stretch of the Super Showcase as BABC advanced to the quarterfinals of the gold bracket and then faced off against Boo Williams in a game that was pre-arranged for national television.  Meanwhile, Expressions Elite faced Expressions Elite in the semi-finals of silver bracket (no that is not a typo…the 17u team faced the 16u team).

Fresh legs was the story of the game in BABC’s match-up against Boo Williams as Boston’s squad was playing their sixth game in the last three days (with essentially a six man rotation), while the team from Virginia was coming off more than a week of rest.  Foul trouble was also a major factor, as Alex Oriakhi’s minutes were limited.  And while BABC eventually fell to a slim defeat, the match-up was another statement game for Gerard Coleman.  The lefty swingman has played some brilliant basketball in the last four months, while acquiring a wide variety of high major offers from schools including Louisville, Connecticut, Wake Forest, Alabama, and Georgia Tech.  Not only is he a pure scorer who can put the ball in the basket in a variety of ways, but he has also proven himself to be someone who plays his best basketball when the lights are on the brightest.

The “all Expressions Elite” semi-final match-up in the silver bracket featured the 17u/junior squad against the 16u/sophomore squad.  Big brother got all he could handle from little brother in this match-up as the 17u squad survived with an 83-78 victory to advance to Sunday’s final.

Nevertheless, the week was a coming out party for Rod Odom, as the rising junior is now generating interest from programs in the Big East and ACC.  With the body of a power forward and the ability to bring the ball up the floor and initiate offense like a point guard, Odom had already caught the eye of numerous college coaches.  But when he seized the moment by knocking down five of his seven attempts from behind the three-point line in the semi-final, his recruitment quickly jumped into first gear.  Tyler Olander was also playing to rave reviews as the skilled southpaw forward was making shots from behind the three-point line, rebounding out of his area, and even finishing above the rim against contact.

In the silver bracket finals, Expressions’ junior team gave Birmingham Ice all they could handle before falling 79-75.  Tucker Halpern played his best game of the week as he scored 24 points, knocked down 5 threes, and pulled in 7 rebounds.  Kyle Casey had a double-double with 12 points and 11 rebounds.

But it was Ben Crenca who may have been the team’s most consistent player throughout the week.  The rising senior from Worcester Academy reached double figures in all but one game.  Corey Wright Jr. and Greg Jacques formed a potent 1-2 punch alternating at the point guard position as Wright provided the creativity and playmaking while Jacques steadied the ship and made open shots from the perimeter.

MB Nation went 2-1 with wins over Peoria All-Stars by forfeit and Coast Crew Rebels 72-62 and a lone defeat to Bucks County Hawks 55-51.  Despite the loss, MB Nation held the tie-breaker and consequently clinched the top spot in their pool.

The 17u bracket kicked off on Sunday as well.  While not everyone was in action, a number of New England teams played their opening game.

Connecticut Basketball Club actually had two games on Sunday and came away 2-0 as they sent away the Metro Atlanta Gladiators 79-52 and the Carolina Celtics 66-62.  The four headed monster of Daryl McCoy, Adrian Satchell, Dominique Langston, and Steven Samuels led the way for CBC.

BABC didn’t get much time for rest as they jumped back into action with a 68-57 win over the NYC Jaguars.  They surely wouldn’t have minded changing places with MBR who earned a forfeit victory in their first contest.