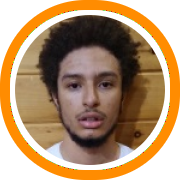 The third and final day of the National Prep Showcase was no less exciting than the first two. Here are recaps of the action:

Five different players scored in double figures for the Bobcats, who pulled away in the second half after a relatively close first 20 minutes. Joe Sherburne scored a team high 12 points, going 4-6 from behind the three-point line, to complete his big weekend and solidify his status as one of the surprise players of the event. Devon Williams, David Crisp, Justin Simon, Marcus Derrickson, Jared Reuter, and Jalen Adams all scored between 9 and 11 points in an extremely balanced attack for Brewster. Isaac Vann made the most of his homecoming for Coastal, scoring 23 points while grabbing 6 boards, while Tahj Eddy also played well in front of the hometown crowd with 12 points.

The Huskies came out on the winning end of their second consecutive tough game, outlasting a resilient MMG Academy team from Florida. Eddie Ekiyor scored a team high 17 points in 24 minutes of action while Boston College bound swingman A.J. Turner was also impressive with 14 points. Unsigned senior Bradley Jomard had a great showing with 15 points including 3 late three-pointers while John Crosby and Tyler Lydon were also in double figures. Oregon State bound guard P.J. Bruce was the leader for MMG, finishing with 21, while unsigned big man Nikola Scekic had 13.

St. John’s had their game clicking on all cylinders early Sunday afternoon as Ahmad Caver and Marquise Jackson finished with 19 points each to control the game in the backcourt. Raymond Doby had 18 points and 8 boards while Cody Hallstock and Tevin King added 15 and 12 respectively. Bridgton was led by Trey Foster who scored 12 points.

The game of the weekend brought a tremendous amount of energy into the nest at Albertus Magnus College and went all the way down to the wire. Travis Atson was the story of this one as the South Kent junior went off for 31 points, including a number of highlight reel plays. Sophomore point guard Tremont Waters shook off a tough shooting day to finish with 16 points, 7 rebounds, and 3 assists while junior Jovan Grujic had his second consecutive solid outing with 11 points on 4-6 shooting from the floor. Bruce Brown was the catalyst for Vermont, turning in an ultra-efficient 20 point (7-13 FG), 4 rebound, and 3 assist (vs. 0 turnovers) performance. Corey Johnson and Nick Brooks added 14 and 12 respectively.

Terance Mann had 21 points, 9 rebounds, and 2 assists while Franklinn Porter had 19 (including 3-6 shooting from three) and 5 to lead Tilton to the convincing win. Brett Hanson played an important role for the Rams as well, scoring 12 while grabbing 6 rebounds, handing out 3 assists, and coming up with 2 steals while Anthony Green had 11 points along with 3 big blocks. Matt Turner made the most of his homecoming for Blair, scoring 19 points while grabbing 6 boards. Brett Lubreski and Jonathan Nowell finished with 14 and 10 respectively, stepping up down the stretch as Blair lost both Tim Delaney and Elijah Burns to injury.

With four different players fouling out, WMA was forced to go deep into their bench and ultimately the back-breaking bucket came from an unlikely tandem as Nico Cotto set-up Max Alpert. Curtis Cobb was the star though, going for 30 points and 7 rebounds and even handling most of the ball-handling responsibilities down the stretch. Derrick Newton had 17 points for the Titans while Wenyen Gabriel added a double-double with 13 and 10 and Ryan Murphy had 13 points as well. Mt. Zion had a balanced attack with five players scoring in double figures with Alex Long (15), Time Rowe (13), Andre Fox (13), Larenz Thurman (11), and Sean Lloyd (10 and 9).