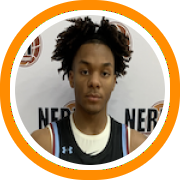 The National Prep Showcase tipped off on Friday morning at Albertus Magnus College in New Haven, Connecticut and attracted dozens of college coaches from the very first jump ball.

Nearly 70 college coaches had checked in by the end of the day along with 50  national media members and multiple NBA scouts.

Here's a rundown of the action:

Jere Quinn's return to the nest proved to be a victorious one as the Chancellors won a hard faught game against another historic prep program. Unsigned senior Jair currie was at the top of his game, scoring the ball at all three levels, to finish with 21 points on 10-15 shooting from the field. Cornell bound wing Chris Mannon contributed with 13 points, 7 rebounds, and 2 steals while Charlotte bound forward Jared Garcia anchored the team on the interior with 15 points. FUMA was led by Shunta Wilson with 14 points and 10 rebounds.

A deep and talented Hargrave team put on a show early Friday afternoon. Georgia bound guard K.J. Johnson was sensational as he attacked relentlessly, got downhill, and did a little bit of everything to the tune of 32 points on 12-16 shooting from the floor and 5-8 from behind the arc. Unsigned guard Bryson Childress knocked down 4 threes of his own for 15 points and proved himself worth of additional division I offers. 2021 big man Gabe Wiznitzer was an absolute load in the middle with 15 points and 16 rebounds. Woodstock had four players in double figures in Quinton McElroy, Ronnie DeGray, Cairo McCory, and Quran McPherson.

TSF controlled the tempo for the better part of the game, but PSA broke away for an 8-minute spurt late in the first half that proved to be the difference in the contest. The Mustangs pulled down 24 offensive rebounds, including 5 from Hassan Diarra, while Marty Silvera provided the offensive catalyst with 24 points, 4 threes, and 5 assists. Jaylen Murray showed flashes of his playmaking with 16 points while Mekhi Gray delivered some big moments down the stretch in the second half. TSF was led by Philipino prodigy Kei Sotto, the highly skilled 7-foot-2 big man with terrific touch and I.Q. Koby Jeffries paced the team on the perimeter with 16 points and 5 rebounds.

The Rams were on fire offensively in the second half and pulled away down the stretch with five different players scoring in double figures. Unsigned guard Jalen Leach had 26 points and 6 rebounds showing his unique combination of size, skill, and feel for the game. Another unsigned guard, Kevin Constant, impacted the game in every way imaginable with 10 points, 7 rebounds, 6 assists, just 1 turnover, and tenacious defense to match. Julian Wilson had 14 points inside while Cem Kirciman flirted with a double-double with 9 points and 10 rebounds. Even the youngsters got in on the action as Jayden Brown had 17 points and Torran Bosworth 14, including three threes. Chris Camille led the way for Bridgton with 21 points and 6 rebounds as he showed off his power and physical attacking style.

In a rematch of what was a dramatic win for Mount Zion a year ago, Brewster scored retribution with a pretty offensive performance. Terrence Clarke led five players in double figures with 25 points on 9-12 shooting and 4-6 from behind the arc but it was Jamal Mashburn Jr. who scored 22 while mixing up jumpers and drives alike and taking on a clear leadership role. DeMarr Langford had 10 points, 7 rebounds, and 5 assists and might have thrown down the biggest highlight of day one with a hammer dunk on top of a contesting defender. Maryland bound guard Marcus Dockery made all four of his three-point attempts and finishing with 16 points while Matt Cross chipped in with 12. Mt. Zion was led by their forward trio of David N'Guessan, Woody Newton, and Otis Frazier. N'Guessan landed his first high-major offer, from DePaul, after putting up 23 points and 14 rebounds while the Syracuse bound Newton knocked down five threes in route to a 21 point performance. Frazier had 16 points, 7 rebounds, and 5 assists while Xavier Joyner chipped in with 12 points on the perimeter.

A NMH squad that has faced its fair share of early adversity finally got back to full strength and delivered their most complete performance of the young season. Ben Callahan-Gold knocked down three immediately treys off the bench in the first-half while Darius Ervin scored 16 points and pulled down a game-high 10 rebounds despite being the smallest player on the floor. Connecticut native Avery Brown had perhaps his best game in an NMH jersey as he went for 12 points, 5 rebounds, and 6 assists while making good decisions and picking his spots to show his explosive playmaking ability. Desi Williams scored a team high 15 points while UNCG bound guard A.J. McGinnis showed his high-ceiling with his athleticism and shot-making.

In what was one of the best games of the day, Scotland outlasted a younger Vermont squad in a competitive and physical contest. Iowa State bound wing Darlinstone Dunbar went for 27 points on 10-13 shooting from the floor as he not only made hard drives but also knocked down all three of his threes. Three-point sniper Jayson Woodrich went off for 31 points while going 8-16 from behind the arc. Jaeden Zackery added 15 points, 5 rebounds, and 4 assists at the point while Abou Ousman chipped in with 12 points on the block. BU bound sniper CJ Jones hit seven threes of his own to score a team high 24 points while Nana Owusu had a double-double with 13 points and 11 rebounds. Fellow junior Josh Bascoe added 11 points while sophomore Chisom Okpara showed a sign of things to come with 13 points and 8 rebounds.