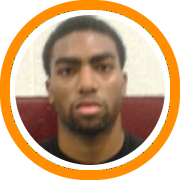 The action was fast and furious during day one of the National Prep Showcase. Here's a glance back at each game:

Fork Union came storming back from a double-digit second half deficit to force overtime, but Notre Dame still held on. Chris Baldwin had a terrific showing with 22 points on 9-11 shooting from the floor to go with 8 boards and 3 blocks. Winston Morgan, Jerry Johnson, Pat Welch, and Jared Wilson-Frame all finished in double figures while connecting on a combined 16 three-pointers.  Kamau Stokes led Fork Union with 33 while Khyri Thomas had 21.

Jeremy Harris poured in 32 points for Fishburne but it wasn’t enough to knock off a resilient Cardinals team. Travis Atson had 24 points and 7 rebounds while Tremont Waters had 20 points, 10 rebounds, and 6 assists. Jovan Grujic added an efficient 16 points for a South Kent team that played without K.J. Santos.

MacDuffie played an inspired first half, leading for the vast majority of the first 20 minutes, and even refused to go away in the second, but couldn’t overcome a deep and talented Hargrave squad that pressed for the full 40 minutes. Auburn bound forward Danjel Purifoy finished with 29 points and 8 rebounds while Trey Grundy had 21 and 8. Jordy Tshimanga had 21 and 12 for MacDuffie while Omari Spellman had 21 and 8. Kashuan Hicks added 17.

NMH came out of the gates ready to go, literally opening the game with a dunk off the opening jump, and only put their foot on the gas from there. Aaron Falzon scored a team high 29 points while 11 different players cracked the scoring column for NMH. Walter King and Anton Bilous finished with 12 and 10 respectively for Lee.

One of the best games of the day went all the way down to the wire before Putnam was able to pull away in the final possessions of the game. Hamidou Diallo had 21 points and 7 rebounds to lead a balanced offense while Andrew Robinson had 17 points including 5 threes. Kealen Ives had 14 points and 5 assists while Josh Wallace had 12 points and 5 boards. Quadree Smith led IMG with 21 points and 14 rebounds while JaQuan Lyle added 17 points.

For 24 minutes Cushing couldn't have played any better, but OSNA came storming back down the stretch to steal a come from behind victory. Pittsburgh bound guard Damon Wilson scored a team high 25 points while Davon Dillard (15), Kassoum Yakwe (13), and Djibril Diallo (10) finished in double figures as well. Francisco Alonso was the star for Cushing, dropping 23 points, while Quentin Bullen had 11.