Northeast Hoops Festival - u16 & u15 Previews 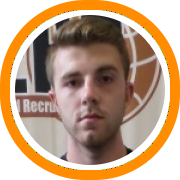 We are less than 24 hours away from the tip of the 7th annual Northeast Hoops Festival in what promises to be the premier grassroots tournament of New England’s spring AAU season.

Earlier this week we previewed the u17 division, but the u16 and u15 divisions are equally talented with many of the same local powerhouse programs all poised to challenge for titles.

Expressions Elite is loaded with plenty of young talent, particularly in the freshman class, including the likes of Rivers’ Jermaine Samuels, Cushing’s Kimani Lawrence, and Commonwealth’s Jordan Hardwick.

The New England Playaz appear to be especially strong in their 10th grade division behind the one-two frontcourt punch of Tomas Murphy and Jordy Tshimanga with Tyree Weston leading the way in the backcourt.

The BABC looks equally dangerous in the 9th grade division where Jakigh Dottin has been putting up huge numbers to start the season while Geo Baker and Garrett Stephenson are also capable of doing big things.

The Mass Rivals expect to be contenders in both the 9th and 10 grade divisions with the likes of Makai Ashton-Langford, Greg Kuakumensah, and Calvin Whipple among others.

New York City powerhouse Team Scan will also be among the favorites in both underclassmen divisions with several familiar faces including Christian Vital, Tremont Waters, and Unique McLean among others.

The New England Recruiting Report will be out in full force both to report on the progress of all of the region’s top young prospects while also keeping our eye out to see what new names emerge on the scene.  We’ll leave no stone unturned as we’ll have evaluators and writers at every facility in the tournament, all in search of the players who rise to the occasion and seize the opportunity to make a name for themselves this weekend.

Stay tuned to the New England Recruiting Report throughout the weekend as we’ll have live blogs in each of the three high schools divisions or follow us on twitter at @NERRHoops or #NEHF.