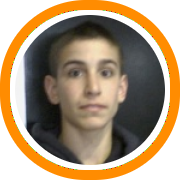 The Playaz survived a terrific performance from Ray Bowen and YABC to win their second pool play game.  Nate Lubick and Erik Murphy (20 points) both made their season debuts and were able to make the difference in the middle.

Nike Expressions Elite was just as dominant in their second game as they were in their first.  Ben Crenca was a monster inside as he had 18 rebounds, Kyle Casey had a double-double with 12 and 12, Jerell Gomes scored 16 points off the bench, and Luke Apfeld was flying around the rim with three explosive dunks.

Connecticut Basketball Club needed a late run to defeat an Overtime Athletics team that got a great performance from a hard-working big man in Joe Sindelar.  But behind the play of Zach Dugas in their backcourt CBC was ultimately able to pull away.

Spencer Noon put up his second 20 point performance of the day (23 in the first, 26 in the second) as his team was able to fight back from an 18 point deficit to defeat CT Flame.

In the 16 and under bracket, four teams have advanced to the semi-finals as the New England Playaz, Nike Expressions Elite, and two Connecticut Basketball Club squads all survived.

The Playaz got impressive play out of their frontline as Melsahn Basabe and Cory Andrews controlled the paint.  Many people were surprised to see Basabe be so effective, but they forget he battled the likes of Murphy, Lubick, and Pete Kaasila in practice every day during the high school season.  Andrews thrived in their up-tempo system as he ran the floor beautifully and finished everything around the rim.

Expressions were led by Matt Brown who was able to physically overpower many of the opposing perimeter players.  Michael Laplante was also at his best as he was a menace contesting shots and also finished everything in transition.  Joe O’Shea is another player who is clearly a great addition to this club as his southpaw stroke and feel for the game were on full display.

Luke Matarazzo ran the show for CBC as he made excellent decisions with the ball and shot the ball very well from behind the three-point line.  Meanwhile Will Tye was a beast inside as he simply muscled the ball to the rim.  The second CBC team was led by Steven Glowiak as he continues to be at his best from behind the three-point line, but also showed an improved ability to get to the rim.