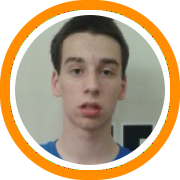 The American division 10th grade final came down to the wire, with the North Shore Bobcats edging the Boston Titans 61 to 56. Jimmy Campbell and Jake Bert were both impressive for the Bobcats, scoring most of their points in transition while attacking the rim and finishing through contact. Max Kirsch came up big for the Bobcats as he converted a layup, plus the and one foul shot, along with hitting a floater, both with under a minute remaining, to ultimately give the Bobcats a five point edge.

Aaron Montero anchored the Titans down low. He carried the Titans rebounding load, as well as scored the ball in the low post, whether off offensive rebounds, or catching and putting a move on his defender to score. Ryan Carney also played well for the Titans as he was constantly attacking in transition, and converted numerous fast break layups.

The Bobcats advanced to the final with a 39 to 31 win over the CT Defenders, putting force a cohesive defensive performance.  Tyler Reid was a defensive sparkplug throughout the weekend, averaging over 4 steals (along with 10+ points) per game.

Cameron Durley was a man among boys in the paint.  The big man was a monster on both the offensive and defensive glass. He was also able to use his size against a smaller Defenders team to get to the free throw line frequently as well as showing the ability to use post moves to finish in the paint.  His Tilton counterpart, Joe Fama, was also impressive in the championship effort, showing a heady floor game and versatile potential.

The Defenders were playing without one of their top offensive threats, Brendan Vessichio, but were still able to stay close thanks to the outside shooting of Trey Witter.  The heady guard had a team high 13 points, including the team’s first 7 on a variety of pull-up jump shots and catch and shoot three point shots.

In the other semifinal, the Titans narrowly defeated Born Ready Elite 51-50. Keyon Jones, who displayed a variety of skills throughout the contest, led the Titans. The six-foot point guard was most effective on the fast break, as he always seemed to make the right play, whether passing to teammates or finishing at the rim. Jones was also very effective in the half court, as he was able to get the ball to big men down low in good positions to score, and had a knack for splitting double teams and getting in the lane.

Isaiah Deas, whose quick first step and excellent handle led to many scoring opportunities, led Born Ready Elite. Deas was able to create scoring opportunities by changing directions leading to a couple pull up ten to twelve foot jump shots off the glass. He also displayed a soft touch when shooting outside shots, while knocking down a couple three pointers.