NMH duo is top of class in Mass 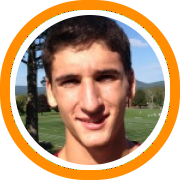 The rising senior class in the state of Massachusetts has the best depth of any of the six New England states.

Right at the top is the NMH frontcourt tandem of Josh Sharma and Aaron Falzon, both of whom are zeroing in on official visits dates after solidifying their high-major stock.

Sharma is still only just scratching the surface of his potential given his size, athleticism, ability to change ends and impact plays around the rim while Falzon is one of the premier shooting forwards in the entire country.

Wilbraham & Monson swingman Curtis Cobb continues to hold down the third spot and is a guy who could see increased recruitment throughout his senior season as he appears to be one of the few high level players in the region who is truly wide open in the process.

Tabor Academy big man Jesse Bunting has established himself as an Atlantic 10 level recruit and consequently sits in the 4th spot in the state.  Another big man, Springfield Central’s Chris Baldwin rounds out the top 5 and continues to be a player who has the potential to climb the charts if he turns potential into production on a consistent basis.

NMH point guard Daquon Ervin had a phenomenal junior season, earning first team all AAA status, but missed the summer evaluation period due to injury and so he’s another guy who could develop a following during his senior season. His backcourt mate, Jackson Donahue, pledged to Penn prior to the summer and couldn’t have been much better from that point on.

Tyree Robinson promises to be an unmatched force in the MIAA this year.  The six-foot-three forward never did grow or extend his game much on the perimeter, but has proven to be the exception to every rule about the necessary size to thrive around the paint, even at the highest levels of competition.

A trio of big men are next as Penn bound center Collin McManus saw wide-ranging division I interest and offers prior to making his decision this summer while Joe Schneider had a resurgence of sorts in recent months as well.  Nick Pasquale missed the summer with injury but will be a top priority for division I coaches this season after reportedly adding two more inches to his frame.

In the backcourt, Nisre Zouzoua is coming off a breakout summer to earn himself a few division I offers while the Central Catholic tandem of Aamahne Santos and Guillen Smith should be tops in the MIAA this year.  A year ago they were both under the radar.  Now Smith is off the board to Dartmouth and Santos is a guy who has proven his worth at the highest levels of summer competition.

Future Brown swingman Chris Sullivan rounds out the list as the fifteenth ranked player in Massachusetts heading in to the new season.

Click here to view the Massachusetts 2015 rankings in their entirety.