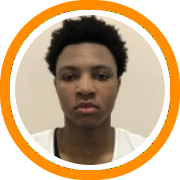 NJIT came into New England and landed one of the region's best pure shooters.

Jeremiah E. Burke senior guard Levar Williams, who visited both NJIT and Wagner in late August, took to his twitter account to announce his commitment to the Highlanders on Thursday.

Burke head coach and longtime college coach Sean Ryan called Williams, "a true self made player and great person," on twitter while also adding "His work ethic sets him apart, and we are excited to follow his journey."

Williams has taken his game to new levels under Ryan's guidance in recent years. He made 128 three-pointers during his junior season and was named All-Scholastic by both the Boston Globe and the Boston Herald. He was also instrumental in leading Burke to their first sectional championship since 1998 this past season.

On the grassroots circuit, Williams joined BABC mid-way through the spring and made an immediate impact, emerging as one of the most consistent three-point threats in the EYBL. He finished the season as the team's second leading scorer with 12.8 points per game while connecting on 45% of his attempts from downtown.

Williams isn't just a one dimensional shooter but a volume scorer, who is as dangerous shooting off the dribble as he is off the catch. He gets buckets in bunches, is capable of getting hot at virtually anytime, and should be able to put points on the board from day one as a college freshman.