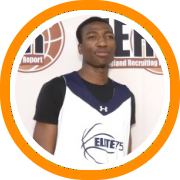 While the New England Recruiting Report was covering events in Atlantic City, New York, and Las Vegas, a plethora of local programs made their way to Orlando, Florida for the 11th grade AAU national championships.

New England showed very well with seven different programs coming out of pool play (meaning they finished either first or second in their four team pool) to advance to the championship bracket.

Metro Boston earned a bye in the opening round of the championship bracket but fell to Tyler Roberson (one of the top 50 prospects in the national class of 2013) and the New Jersey Roadrunners in the second round.  Metro was led by point guard Devon Thomas, who added a few new scholarship offers to his already lengthy list, along with big man Greg Senat, who continued to be big in the paint for the club.  Miles Wright made a dramatic game winning three-pointer earlier in the week, drilling a 22-footer with just 3 seconds on the clock to give Metro the one point win.

Middlesex Magic entered the field without post-graduates Chris Lee, Duncan Robinson, and Harry Rafferty but still managed to go 3-0 in pool play.  They also received an opening round bye in the championship bracket but suffered a hard fought 55-49 loss to the West Virginia Wildcats.  Chris Braley led the team in scoring throughout the week with over 22 points per game while Pete Miller averaged a double-double and over 4 blocks per game.  Marcus Faison stepped up as the team’s secondary scorer and rebounder, averaging over 13 points and 8 boards per game while Nick Pagliuca continued to be a glue guy for the team, defending multiple positions and averaging 10 points, 5 boards and 4 assists.  John Lubin picked up right where he left off in the Super Showcase, finishing as the team’s third leading scorer and top perimeter defender.  Mark Murphy and Mickey Adams also made important contributions according to head coach Mike Crotty Jr.  The Magic finished the month of July with an overall record of 12-4.

United Sons & Daughters ran into a tough Team Miami squad in the opening round of the championship bracket, falling 72-43, but still continued to get good production out of point guard Schadrac Casimir throughout the week.

MB Nation, a team of rising sophomores and juniors, played up in 11th grade nationals and still won their pool and earned an opening round bye in the championship bracket before falling to Bull City Select 74-57.  The Nation finished the tournament with a 3-2 record, capping their month with a staggering 24-7 mark.  Matt Barr led the team in scoring throughout pool play while Justin Zukowski dropped 18 on Louisiana Lightning and Ben Malloy had 16 against ABC.  Following the tournament, Assumption reportedly offered both Barr and Dustin Cole.

Granite State Raiders finished second in their pool, advancing to the championship bracket, but fell to the Chi-Town Diablos 65-56.  Boston Warriors Black followed a similar path, finishing second in their pool before falling to BWSL 55-47.  Tyler Gibson was the standout for the Warriors, averaging 15 points, 18 rebounds, and 5 blocks per game according to Warriors director Mark Papas.  Also playing well for the Warriors was Matt Ozzella (15 ppg), Nick McKenna (15 ppg) and Peter Rankowitz (13 ppg).

CBC Donnelly not only won their pool, but then made a run all the way to the Sweet 16 of the championship bracket, knocking off Queen City Prophets 78-54, Tennessee Tigers 56-60, and the Westchester Hawks 72-50 before finally falling to Arkansas Wings 50-27.

Paschal Chukwu, who had a breakout performance a week earlier at the Hoop Group Summer Classic and Jam Fest, continued to play to rave reviews this week in Orlando.  Chukwu earned praise from ESPN, Scout, and NBE Basketball for his performances on both Friday and Saturday.  Also continuing to play well was Kurt Steidl.  The Ridgefield product earned similar praise from national media outlets covering the event.

Samuel Dingba (Westchester Hawks) and Garet Beal (Maine Athletic Club) are two other local products who found themselves in the headlines.  Dingba was written up by NBE while Beal was called one of the sleeper prospects in the field by ESPN’s director of national recruiting Paul Biancardi.  Another player to stand out was Boston Warriors Blue guard Greg Bridges, who went for 42 points including eleven three-pointers during a single game on Friday, and averaged over 30 points on the week.

While the vast majority of the teams in Orlando were competing in the nationals, 32 selected teams from across the country were invited to play in the 11th Grade Gold Super Showcase.  BABC was the only New England program invited to participate and showed well, finishing with a 4-1 record before their run ended with a 79-75 overtime loss to the St. Louis Eagles following wins over New York Gauchos, Team Penny, The Ville, and Storm Elite.

Rene Castro dropped 25 points against Team Penny in pool play while Bonzi Colson finished with a double-double of 11 points and 11 rebounds and Kamari Robinson chipped in with 9 points and 4 blocks.  Earlier in the week Castro hit a game winner, assisted by Tyrese Hoxter, to knock off the Ville while youngsters like Jonathan Joseph and Terance Mann also stepped up to contribute at the 11th grade level.