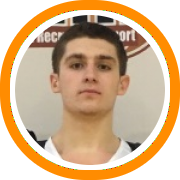 It was five days ago that the July evaluation period officially ended and while Las Vegas was the center of the recruiting world for most of the final week, AAU boys basketball experienced a revitalization of sorts by bringing their championships back to Orlando and Disney's Wide World of Sports complex.

The Disney facility hosted a number of championships over the final two weeks of the period with their Super Showcases headlining the final five days of action.

BABC and CBC were two of the 24 teams from around the country selected to participate in the 11th grade Gold Super Showcase. As we reported earlier this week, CBC's Mike McGuirl was one of the biggest individual winners in Orlando last week while BABC followed up on their 19-and-under AAU championship from a week earlier with a bronze medal. They scored wins over Team Power and Baltimore Elite in the opening rounds of the championship bracket before a heartbreaking 49-48 semifinal loss at the hands of Team Charlotte, who went on to defeat the NY Lightning for the championship. BABC rebounded for a dominant 65-48 win over Boo Williams in the 3rd place game.

BABC also made a run to the final four in the 10th grade Gold Super Showcase, scoring wins over Hoops Dreams (KY) and Houston Defenders to open the championship bracket, before falling to the Lebron James Shooting Stars in the semis. Cole Swider and Paul Durkee both scored 22 points in the win over Houston Defenders while Shandon Brown led the way against the Shooting Stars with 24 points, 9 assists, 4 rebounds and 4 steals.

Outside of the 24 teams invited to play in the 11th grade Gold Super Showcase, all others began the week competing in the Silver Division. The Middlsex Magic, Metro Boston and Middlesex Magic Cochrane all played their way into the Gold Bracket of the Silver Division by virtue of their record in pool play. The Middlesex Magic made an inspired run to the championship game which included a 4OT win in the quarterfinals and a 2OT win in the semifinals before finally running out of gas against Ball 4 Lyfe United in the championship. While Cormac Ryan's stock went through the roof, as we covered earlier in the week, he was just one of several contributors for the Magic. Patrick Harding averaged a double-double on the week and had a 20/20 game against Baltimore United Black. Thomas Shaughnessy forced extra periods in both the quarter and semifinals while averaging 13 points per game through the tournament while Matt Donahue was also a hero in that 4OT thriller as he provided a consistent marksmen from downtown all week long.

The D.C. Blue Devils didn't quite make it to the gold bracket, but ended up winning the silver bracket. The continued rise of Geo Baker, which culminated with his commitiment to Rutgers on Wednesday, was the big story of the week while the core of Caleb Green, Tshiefu Ngalakulondi, Javaughn Edmonds and Sukhmail Mathon led the way. They opened with a narrow 65-64 win over FCI Warriors from Georgia and then didn't look back as they scored double figure wins over EAB Select, Illinois Bears and Bledsoe Ice en route to their silver bracket championship.

In the 9th grade division, both BABC and Expressions Elite came out of pool play to advance to the gold bracket. BABC would fall to Hoop Dreams (KY) in the opening round while Expressions would knock off Eric Gordon All-Stars, Team Loaded Academy, Team United and All-Ohio Red to claim the highest prize in the 9th grade division - the gold bracket championship. They went 7-0 on the week and won by an average margin of 65-47 as the core of Rivaldo Soares, Daman Tate, Jay Dieterle, Kyle Murphy, Joe Pridgen and Aireus Raspberry led the way. Raspberry was the star in the quarterfinals with 10 points, 7 assists and 5 rebounds while Tate and Dieterle both scored a team high 16 in the semis. Pridgen had 16 points, 12 rebounds and 5 assists in the final while Soares stuffed all columns of the stat sheet with 15 points, 6 rebounds, 5 assists and 2 blocks. Murphy added 13 points, 7 assists and 6 rebounds.