New England Prospects to Watch at the HoopHall Prep Showcase 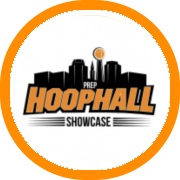 The HoopHall Prep Showcase will host top prep teams from around the country just minutes away from one of the country’s top high school events.

In this article, we will be highlighting some players to watch from the New England teams.

Elmarko Jackson 6’3 Guard 2023 (South Kent): Jackson is a strong/athletic guard who can hit pull-up jumpers, create for others, and defend well on the ball. He has committed to Kansas.

TJ Power 6’8 Forward 2023 (Worcester Academy): Power is a forward who rebounds, scores in multiple ways, and sees overtop defenders to find open teammates. He has committed to Duke.

Solomon Ball 6’3 Guard 2023 (Brewster Academy): Ball is a southpaw guard with length, explosiveness, and three-point shooting ability off the catch. He has committed to UConn.

Blake Barkley 6’8 Forward 2023 (Putnam Science): Barkley is a forward who moves well without the ball, scores in the post, and finishes layups through contact. He has committed to Northwestern.

Kur Teng 6’4 Guard 2024 (Bradford Christian Academy): Teng is a versatile scoring guard who can hit treys off the catch/move, pull-up from fifteen feet, or make timely off-ball cuts for layups. He currently holds 16 Division One scholarship offers from schools such as Auburn, Michigan State, and Rutgers.

Bryce Dortch 6’8 Forward 2024 (Brimmer & May): Dortch is a hybrid forward with ball skills, bounce, and an ability to cover the court like few others his size. He currently holds 12 Division One scholarship offers from schools such as Marquette, Providence, and Rutgers.

Luka Toews 6’0 Guard 2024 (Newman School): Toews is a heady guard who takes care of the ball, makes open three-pointers, and creates for others in an abundance of ways. He currently holds 8 Division One scholarship offers from schools such as Loyola Chicago, UMass, and Rhode Island.

Joson Sanon 6’5 Wing 2025 (Vermont Academy): Sanon is a volume-scoring wing who hits treys off the catch, pulls up for smooth mid-range jumpers, and finishes layups using either hand. He currently holds Division One scholarship offers from schools such as Boston College, Iowa, and Providence.

AJ Dybantsa 6’8 Forward 2026 (St. Sebastian’s): Dybantsa is a bouncy forward who creates off the dribble, hits treys when given space, and possesses immense potential defensively. He currently holds an early Division One scholarship offer from Boston College.