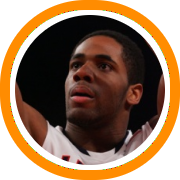 With March Madness now upon us, NERR is going to do our best to put down our recruiting pens for the next four days and instead focus on the deep and talented group of New England alumni set to take part in the NCAA tournament.

We’ll examine all four regions of the bracket, taking a look at each team, any New England products on the roster, and what potential role they may have on the upcoming tournament.

First up is the west region, which features a surprisingly high number of products from the countries’ northeast region.

#8 Michigan – The Wolverines have a trio of players with New England roots and none more important than freshman Evan Smotrycz.  The Reading, Massachusetts native spent most of the season in the starting line-up and still averages close to 20 minutes per game.  Two sophomores and former prep products Blake McLimans (Worcester Academy) and Josh Bartelstein (Phillips Exeter) see limited time off the bench.  McLimans is a three-point specialist in the frontcourt while Bartelstein has seen action in ten games this year.

#5 Arizona – Former South Kent swingman Kevin Parrom is one of several New York natives in Arizona’s line-up and he has had a big impact this year, averaging 8 points, 4 rebounds, 2 assists, and shooting 41% from behind the three-point line.  While Parrom is one of the first players off the bench for head coach Sean Miller, he often finds himself finishing games on the floor as one of the team’s best defensive stoppers.

#12 Memphis – The Barton brothers spent last year at New England prep schools and this year helped Memphis capture the Conference USA championship.  Brewster Academy’s Will Barton lived up to his top ten national ranking by putting up 12 points, 3 assists, and 1.5 steals per game in over 30 minutes per game while Notre Dame Prep’s Antonio Barton exceeded expectations by playing 24 minutes per game and being one of the team’s top three-point shooting threats.

#4 Texas – When Dogus Balbay was at Brewster Academy, some doubted if he was quite good enough to make it at Texas.  Three years later and Balbay has proven his critics wrong, not only starting at the point for Rick Barnes club but also defending the opposition’s best perimeter scorer on a nightly basis and claiming Big 12 Defensive Player of the Year honors this year.

#10 Penn State – Freshman Tre Bowman has been paying his dues coming off the bench this year but gives head coach Ed DeChellis some valuable depth at the swing positions thanks to his athleticism and shooting range.

#6 Cincinnati – Former Notre Dame Prep swingman Sean Kilpatrick is now in his second season in Cincinnati but his first year in action after redshirting last year.  Kilpatrick looks poised for a tremendous career, averaging 10 points per game this season and topping the 20 point plateau on three different occasions.

#11 Missouri – The Tigers have a trio of players with New England roots in the Pressey brothers, Phil and Matt, as well as Kim English.  The Presseys were products of the BABC AAU club and both spent time at Cushing Academy while English was a standout for Notre Dame Prep.  Phil has defended his blue chip status by sharing the team’s starting point guard responsibilities and leading the squad in assists.  Meanwhile brother Matt has exceeded expectations with a steady role in the rotation and close to 18 minutes per game.  As for English, he has been one of the pillars of Missouri’s success over the years, earning Big 12 all conference nods last year as a junior and again scoring in double figures as a junior.

#3 UConn – The Huskies saw a plethora of local products contribute to their most recent Big East championship.  Alex Oriakhi is in the midst of a breakout season, averaging close to a double-double and showing that his team is at their best when he is at the top of his game.  Running mate Jamal Coombs-McDaniel gave the team a huge mid-year spark with consecutive 20 point games while Shabazz Napier has emerged as the team’s sixth man and fourth leading scorer in just his freshmen season.  Fellow freshmen Tyler Olander has averaged double digit minutes including 27 important minutes in the semifinal win over Syracuse.  Enosch Wolf has seen action in six games since arriving mid-year from Wilbraham & Monson.

#14 Bucknell – Bucknell’s entire coaching staff has roots in the New England region as head coach Dave Paulsen and assistants Dane Fischer and Aaron Kelly all held similar positions at Williams.  Assistant Michael Cotton and Manager of Basketball Operations Thomas Joyce both graduated from Boston College while Joyce also spent time at WPI, St. Anselm, and Boston University.  Also on the bench is sophomore Brian Fitzpatrick who is sitting out this season per NCAA rules after transferring from Penn.