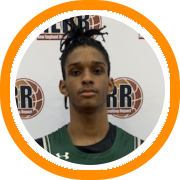 We will be releasing our updated New England 2023 rankings next. They consist of only players who are returning to the region. Once we have evaluated all the incoming prep prospects, we will have a new release.

The top spot was earned by Worcester Academy & Duke commit TJ Power after his monster July on the Nike EYBL circuit. Brewster Academy & Tennessee commit JP Estrella is at number two with his rise going from unknown to 26 division one scholarships in less than a year.

Two other BABC products that are in the top ten are Tre Norman at five and Reid Ducharme at seven. Norman is a Marquette commit who attends Worcester Academy. The guard has a pull-up game, secondary playmaking ability, while also loving to compete on the defensive end. Ducharme is a wing from Brewster Academy who can get hot in a hurry from downtown with his versatility hitting shots off the catch/move/dribble.

One of the biggest risers in the rankings was Canterbury guard and recent URI commit, Cam Estevez, who has jumped his way up into the top 10.

Marvin Musiime-Kamali from Cushing Academy coming in at 14 is an intriguing long term prospect with his defensive versatility, creation/shooting flashes, and consistently high running motor. Musiime-Kamali’s Cushing teammate Jack Margoupis is at 16. He is one who may prove to be a value get for Albany long-term with his positional size, smooth shooting ability, and underrated athleticism.

Maine commit and Bradford Christian Academy shooting guard Isaac Bonilla got a spot on the list at 35. He is a marksmen from beyond the arc who helped BCA and Mass Rivals have very successful seasons in NEPSAC AA and the Adidas 3SSB circuit. His teammate with Mass Rivals, Jayden Ndjigue, also is a major riser after showing his versitility and upside on the big stage before committing to Umass.

Lateef Patrick Jr. earned the 36 spot after having an impressive summer with Mass Commanders. The sturdy framed guard had a number of high scoring games in July, showcasing his ability to hit shots at all three levels. JB Frankel, Jack Graham, Stephan Snagg and Jason James are just a few more names who have worked their way up.

Attached is a link to the full rankings: https://newenglandrecruitingreport.com/rankings/new-england-class-of-2023