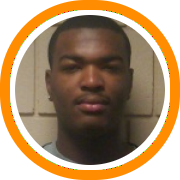 The New England Recruiting Report, as part of our growing partnership with Cox Sports, has expanded our coverage of local prospects to include their journeys all the way up to the NBA Draft.

From there, we examined the potential that former New Hampton and Mass Rivals forward Noah Vonleh could be in the mix when the Boston Celtics pick at #6.

Last week, we extended that coverage to future NBA drafts, as we profiled the five best pro prospects (from New England roots) that opted to return to college basketball for the 2014-2015 season.  Wayne Selden, Kaleb Tarczewski, Georges Niang, Olivier Hanlan, and Jake Layman were all profiled and compared to current NBA players.

Most recently, we looked back on New England’s 2014 class and profiled which rising college freshmen could ultimately play their way to the NBA level.  That analysis featured similar comparisons to current pros for the likes of Isaac Copeland, Goodluck Okonoboh, Abdul-Malik Abu, Paschal Chukwu, Jonah Bolden, and Devonte Graham.

All five stories can be found on CoxSportsOnline.com.