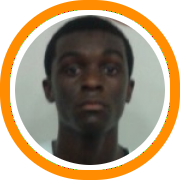 When the ESPN 60 was released in the class of 2016 last week, New England was well represented with four different players making the cut.

Those four players lead off our updated NERR rankings in the 2016 class as Mustapha Heron retains his title as the top ranked prospect while Bruce Brown, Sedee Keita, and Jordy Tshimanga all give chase.

The balance between potential and production is an especially fine one in this class, with some prospects with very clear upside having a, thus far, difficult time turning it into production.  Meanwhile, others who lack the same long-term tools are far more valuable when it comes to the here and now.

Those who show both potential and production are the ones that have played their way up the rankings in recent months, earning the “stock-riser” label.  Brown and Tshimanga are the two most notable examples, cracking the national rankings as a result, but Mamadou Diarra, Kellen Grady, Sam Ibiezugbe, and Aaron Wheeler have all taken their games to new levels as well.

Another major factor in the 2016 class is the pending amount of change, from players set to both leave and join the class by virtue of their move into the prep ranks.  Makai Ashton-Langford headlines a group that also includes Aaron Wheeler (St. Andrew’s), Matt Turner (Blair Academy, NJ), and Ryan Murphy (Wilbraham & Monson), all of whom will officially belong to the 2017 class come next fall.  Meanwhile the list of newcomers to 2016 will include the likes of Tyrique Jones (Vermont Academy), Wenyen Gabriel (Wilbraham & Monson), and B.J. Martin (Tilton) among others.

Put it all together and the bottom line with the 2016 class is that there is quite a bit of parity and consequently a whole lot more questions than answers at this point.  For the time being, Heron retains New England’s top title while Brown, Tshimanga, Donovan Love, Terrell Brown, and Shyheim Ulrickson join him as being the best in their respective states.  With the July evaluation period right around the corner, however, you can bet this list will look a whole lot different in a couple of months as there are perhaps as many as seven different players who could contend for top billing and close to 25 who could make a legitimate case for a spot in the top ten.