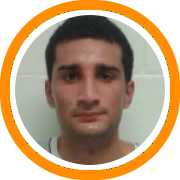 Brewster and New Hampton are now on a collision course for New England’s highest crown after knocking off Northfield Mount Hermon and St. Thomas More respectively in Saturday’s semis.  The Bobcats are widely considered to be the favorite but New Hampton has been getting better by the game in recent weeks and now appears to be playing their best basketball of the season with their offense clicking on all cylinders.

History repeated itself on Saturday afternoon as Cushing Academy took a dramatic late game victory over St. Andrew’s with Jalen Adams once again making the game winner down the stretch.  Only this time, they still have one more game left to play, with KUA left looming after their big road win at Wilbraham and Monson on Saturday.  KUA will look to pound the ball down low to Abdul-Malik Abu, while Cushing will continue to rely on the backcourt tandem of Adams and Kaleb Joseph.

The first of a championship triple-header at Endicott College will feature the defending champions, Phillips Exeter, against a Hotchkiss team that is led by Yale bound point guard Makai Mason, who is widely considered to be the top player in Class A.  Exeter is now playing their best basketball of the season after being limited by injuries earlier in the year.  They shoot the ball as well as any team in New England but will have to keep Hotchkiss of the glass, while the second seed will need Noah Daoust and the rest of the supporting cast to step up.

Second seeded Cheshire Academy has the size, athleticism and experience to wrap up the season with a championship, but 5th seeded Brooks is looking for their third straight upset after knocking off 4th seeded Hoosac in the quarters and top seeded Beaver Country Day in the semis.  Wilfredo Rodriguez and Brandon Wheeler are going to be difficult for Brooks to match up with on the frontline, but Ikenna Ndugba should give them a comparable advantage in the backcourt.

The top two seeds in Class C will meet in the second of three finals at Clark University.  GFA comes in as the defending champions, but they’re a different team than they were a year ago, especially up front where Zach Baines is now taking on a starring role and Sunday Okeke is a freshman sensation.  They’ll have their work cut out for them though with Kenny Grant anchoring the Hyde frontline while Dexter Thompson and Damon Gomes also play critical roles.

Chase Collegiate knocked off top seeded New York Military Academy in the semis to earn the opportunity to play Boston Trinity for Sunday’s championship.  BTA barely survived Lexington Christian in the other semi and will now look to ride out the title behind breakout junior guard Nisre Zouzoua.