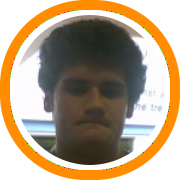 With Brimmer & May moving up a conference, Class D is without a defending champion for the second time in as many years.  Based on talent alone the overwhelming favorite appears to be St. Luke’s who has advanced to the finals the past two years without being able to get over the hump.

It all starts with DePaul bound big man Devin Hill who anchors the defense with his shot blocking ability and is consistently becoming more assertive on the offensive end.  The team will be run by capable hands as Zach Dugas begins his third season in the starting point guard spot, and is a capable scorer and distributor.  Kabeya Kabongo will provide a major presence on the wing as he is an outstanding dribble drive player.  While St. Luke’s isn’t particularly deep, their top three players give them a nucleus that few other teams will be able to match up with.

Ultimately, however talent alone will not be enough to win the whole thing.  However, if the group can play as one cohesive offensive unit, show defensive intensity on a consistent basis, and work hard night in and night out then they are almost undoubtedly the team to beat in Class D.

Here are some of the other contenders:

Master’s School:  David Gibbs is the conference’s most dynamic player with his ability to take over a game at virtually anytime.  But Gibbs will not be alone as Master’s also welcomes back 6’3” swingman Harvey Pannell who spent last season at Northwest Catholic High School and should be the perfect complimentary player to Gibbs.  Also in the mix is 6’8” senior Tyler Smith who will give the team a solid interior presence.  That’s not all though, as Master’s has collected a good deal of young talent as well that will keep the program strong for years to come.

Watkinson:  Down the road from the Master’s School is another talented program.  Sacred Heart’s future forward Stanford Dulaire anchors this team with his high flying athleticism.  While his presence is tough for any team to match on the interior, Watkinson will need consistent guard play to be serious contenders this year.

Pingree:  Pingree has another athletic forward in Allen Williamson who will anchor his team’s efforts on both ends of the floor.  Offensively, his game has come a long way as he is now much more versatile and able to beat his defender in a variety of ways.  Defensively, he is an effective shot-blocker and a terrific rebounder.  If the rest of the team can play a supportive role, then Pingree could be in for a big season.

Hamden Hall:  Mike Massey and Kory Lenz form a potent forward tandem.  Massey is an athletic player who is both a valuable slasher and an efficient offensive rebounder.  Lenz is the perfect compliment with his ability to score both inside the paint and knock down the open three-point shot.

Christian Heritage:  Navy bound big man Pete Banos anchors the interior.  The backcourt is headlined by talented sophomore Jason Pierre who is a powerful guard that attacks the rim at will.  Treadwell Lewis is a swingman with very good ball skills who should also be able to make a significant contribution.