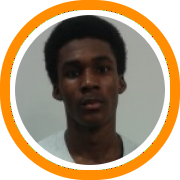 NEPSAC Class C may have graduated Hyde’s Kenny Grant (Rider) and St. Luke’s Ami Lakoju (Fairfield), but with some team reclassification, transfers, and quality returning players, this should shape up to be a very competitive year throughout New England Class C play. Here is a look at some of the contenders.

Greens Farms – The two-time reigning Class C champions bring back most of their starting lineup; including, national prospect Sunday Okeke, sharp-shooting Jim Djema, and Middlebury commit Zach Baines. They have also added transfers – Isaac Manton, Chile Larraguibel, and Mack Muller – who should add to an already talented core. The balance of veteran leadership and new talent will make the Dragons a major contender for the FAA and NEPSAC titles.

Hamden Hall – After a two year hiatus from New England tournament Hamden Hall is set to make some moves in Class C. The backcourt of TJ Rountree and Jay Moran will lead the Hornets this season as they head into FAA play.

Hyde – Last year’s Class C finalist is looking to get back to the championship game and may have just the pieces to do so. They are also rejoining the SENE League and are the front runners for this year’s league championship. Hyde returns Dexter Thompson and Damon Gomes, while adding 6’8’’ transfer Eamon Joyce from Medford, MA.

Lexington Christian Academy – Moving up from Class D to C, new head coach Rob Scaro brings a veteran group with him. Strong, talented 6’3’’ guard Adrien Ibeh leads a squad that looks to build on a third place finish in the EIL behind Beaver Country Day and Pingree.

Wheeler – Highlighted by Kenyon-bound Aidan Wright, all-conference guard Will Gordon, and junior Graham Lynch, last season’s SENE Regular Season Champions will once again be a tough match up in Class C competition. Look for the Warriors to make some noise this year in NEPSAC play.

Winchendon – Junior Baris Ulker headlines a team that is coming off a trip to the Class C semi-final, and is eager to stake their claim as a perennial championship contender.