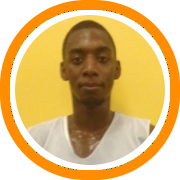 After profiling Classes AAA, AA, and A in recent days, here’s one final preview of the upcoming season in the NEPSAC with a look at Classes B and C.

Beaver Country Day has everything you could want in a title contender – size, guard play, depth, and star power.  Jacquil Taylor should be unmatched inside the paint in Class B while his brother Maurice Taylor provides a tremendous compliment.  Jeff Spellman headlines a talented backcourt that also includes the senior tandem of Joe Connelly and Jherson Colon while a talented young nucleus of Jordan Scurry, Keyshawn Jacobs, and Kent Ellerston will provide depth.

Suffield Academy has a veteran laden roster with similar versatility to BCD.  Post-grad point guard Kendall Jackson could emerge as the leader while seniors Mack Montague and Colin Pascoe are as dependable as they come.  Jack Fay, Kendall Jackson, and Richie Freckleton provide more veteran leadership while juniors Matt Powers and R.J. Currey will both help on the interior along with sophomore two-sport star Christian Wilkins.

Brooks will have to account for significant losses but the return of Jayde Dawson will help keep them in contention.  Incoming sophomore swingman Lavar Harewood should make immediate contributions while fellow underclassmen Ikenna Ndugba and Tamenang Choh provide more young talent.

Canterbury will play this season in memory of former head coach Don Gowan, who passed away this spring.  New head coach Keith Rado has a talented sophomore core including newcomers Donovan Mitchell and Koree Hargraves along with second year products Brandon Augburns and Temar Hermelijn.

Cheshire Academy could be on the verge of a big season with a nice inside-out post-grad tandem in Tarik Smith and Eric Suder along with the return of junior swingman Matt Torrey, the sophomore tandem of Patchie Kehoe and M.J. Kehoe, and the addition of freshman Ka-Ron Jones.

Governors Academy will have to account for the loss of Duncan Robinson but the return of Joseph Kuo in the middle gives the team a dominant interior presence, especially on the defensive end.  Guard play will be crucial as Peter Bocchino looks for a breakout year.

Pomfret should be a threat to make some noise this year, especially if junior forward Josh Smiley can have a breakout season and a supporting cast can step up to help the two-sport star.

Rivers has another talented group this season.  Junior point guard Carlin Haymon is one of the league’s premier playmakers while seniors Mark Murphy and Steve Carangelo provide two tough and intelligent leaders.  Skilled junior forward Andrew Kaufman could be on the verge of a breakout season.

Roxbury Latin will be led by junior point guard Patrick Benzan, who has put up big numbers since day one in the ISL.  Aman Stuppard is a senior swingman who averaged double figures last year while athletic forward Steven Daley and sharp-shooter Rohan Shukla are sophomores who should make an impact.

Westminster should be much improved this season with a healthy Kris Hargreaves ready to put up big numbers from start to finish and junior guard Jordan Smart providing a valuable sidekick to give them a top notch backcourt tandem.

Williston Northampton has their most talented team in recent memory led by post-graduate Max Risch.  Freshman phenom Tyonne Malone is likely to play a starring role right away while sophomore Justin Stewart and junior Adeyinka Adams should be poised to do the same in the backcourt.

Greens Farms Academy has a big man who should absolutely dominate the league in Sean Obi while the backcourt of senior Hunter Eggers and junior Matt Tate will provide a formidable supporting cast.  8th grader Tremont Waters will also provide a spark playing up at the high school level.

Hyde School has a potentially dominant interior force of their own in Christian Ejigba.  The second year senior will be complimented by Ken Grant, a two-sport star who ran with Sports U during the AAU season and should be another potentially dominant presence in the paint.

Pingree should once again be among the top contenders.  They’ll rely on their normal discipline and unselfishness but there is plenty of talent here as well behind a junior trio that includes explosive guard Johnnie Spears, skilled forward Connor Reardon, and rugged forward Kyle Lentini.

Wheeler returns four starters from a team that earned the 8th seed in last year's Class C tournament.  A defensive oriented squad is led by junior Nate Balcom (2nd team All NEPSAC) and sophomore guard Aidan Wright and as they look to build on the success of last season.

Winchendon has moved from Class AAA all the way down to Class C and with Malique McLaren and Malcolm Smith both carrying over from last year’s team, the Big Green should make some immediate noise in their new league.