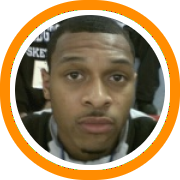 It was an exciting day of basketball in North Andover as the NEPSAC tournament got under way.  By the end of the night the field had been cut to four with the semi-finals set for Friday night.

The day got off to a terrific start as STM and Exeter squared off in a wildly entertaining and well played game that finished dramatically.  With 1:45 left on the game clock Exeter looked poised to pull off the upset as they held a 73-65 lead.  But the Chancellors wouldn’t give in as they scored out of a time-out and followed that up with a defensive stop.  Then with just under a minute remaining, Doran Mitchell drilled a three-pointer from the left wing that cut the lead to one and ignited the passionate STM student section that had made the trip from Oakdale, Connecticut.  But Exeter was still in the driver’s seat as they not only held the lead but also had possession of the basketball with under a minute left to play in the game.  On the following possession they were patiently working the ball around the perimeter, waiting for a gap to present itself in the defense.  But it was STM’s Quasim Pugh who made the huge play as he was able to poke the ball away from the ball-handler, push the ball the length of the court, and lay it in to give his team their first lead in the game’s final five minutes.  With one last chance to win it, Exeter drew up a play for Jabari Trotter who had been fantastic throughout the game.  Trotter caught the ball just over half-court, hit his teammate at the three-point line, and followed his pass to retrieve the ball in a dribble hand-off.  As Trotter turned the corner to attack the rim, James Wilson rotated from the weak-side of the floor, established position, and drew the charge with 2 seconds left to seal St. Thomas More’s escape.

For Exeter it was a heart-breaking end to what has been a tremendous season as they executed well throughout the game.  Jon Pike (12 points) was very impressive in stretches tonight as he showed good polish scoring the ball with his back to the basket and was also very active on the glass.  But the real story for Exeter was the play of Trotter who made big play after big play down the stretch.  He continued to shoot the ball well from behind the three-point line, while also showing the ability to attack close-outs off the bounce and either pull up in the mid-range area or force the defense to collapse before kicking out to shooters.

St. Thomas More ended the game with a 9-0 to beat a very good Exeter team in a game where Devin Ebanks was not at his best.  While the star forward did lead all scorers with 21 points, he struggled to get much going outside of the paint, as he wasn’t consistently able to create his own shot or knock down his jumper from behind the arc (save one time in the first half).  To his credit, he adjusted his game and dominated the interior as he was a monster on the glass all night long and scored a good number of second chance points.  Mitchell finished with 12 points, none more important than his dramatic three-pointer, but also passed the ball very well within the flow of the offense.  T.J. Robinson continues to be productive in the paint as he converted two old fashioned three-point plays while also demonstrating an improved shooting touch from the perimeter.

This was a rematch of a game that took place last week when NMH scored a come from behind victory in their home gym.  That game was clearly still on the mind of the Winchendon players, as they entered today’s contest with an obvious amount of intensity.  Although Winchendon led for the majority of the first half, the game went back and forth as they were seldom able to extend it beyond a two possession game.  The story of the second half was defense, as Winchendon suffocated NMH’s shooters around the three-point line.  NMH simply couldn’t put the ball in the basket as they finished the game 4-32 from behind the three-point line and went more than six minutes on the game clock without being able to score.  During that time Winchendon slowly built up their lead and eventually got it to 20.  Although NMH would try to fight back behind two three-pointers and a steal and subsequent break-away dunk from Mike Marra, ultimately it was too little too late as Winchendon won 76-60.

Larry Anderson and Anthony Raffa continue to be the leaders for Winchendon, but tonight they got plenty of help from Romeric Lasme, Ozan Dilik, and Andrei Mandache.  Lasme’s power and athleticism was on full display in the paint as he hammered down two thunderous dunks on top of defenders, was a monster on the glass, and matched Anderson for a team high 17 points.  Dilik paced the team in the first half when he scored 12 of his 16 points.  The crafty guard was able to work his way into the paint, typically utilizing a spin move, before either finishing himself or setting up a teammate.  Mandache made the most of every look he got at the basket as the southpaw spotted up for threes, came off screens for threes, showed a nice mid-range game, and even served as a secondary ball-handler and played some back up point guard.

Simon McCormack and Andrew Yanulis were two bright spots for NMH.  McCormack led his team with 15 points while he continued to show his ability to get to the rim and create his own shot.  Yanulis was a spark early as he showed he could establish position and score on the low block against bigger defenders, often utilizing a jump hook over his right shoulder.

When the #5 seed beats the #4 seed it is rarely considered an upset.  But when the #5 seed barely made it into the tournament field after finishing with exactly a .500 record and the #4 seed is the three-time defending champions, it does come as a bit of a surprise.  South Kent becomes the first team to defeat Bridgton in the NEPSAC tournament in the last four years.  How did they do it?  Isaiah Thomas.

The University of Washington bound guard was simply on fire as he scored 40 points.  But it wasn’t just the number of points he scored that was so impressive, it was the way that he scored them.  The 5’8” guard simply makes plays that few others even think about attempting.  He hit 6 pull-up three-pointers off the dribble, including 3 in the game’s last four minutes as he almost single handedly delivered the victory.  There wasn’t much the Bridgton Academy defenders could do either.  They were guarding him closely.  But with Thomas’ ability to elevate over the top of his defender prior to releasing his shot, he simply couldn’t be stopped tonight.  When his defenders tried running at him, he put it on the floor and weaved through the lane before finishing with a variety of acrobatic lay-ups and fade-away jumpers.  Simply put, he was in a zone and couldn’t be guarded, especially down the stretch.

Junior swingman Maurice Creek was also impressive for South Kent.  Believe it or not he is a purer shooter from behind the three-point line than Thomas.  And while he drained a couple of his attempts from that range he also showed increased efficiency putting the ball on the floor.  While he needs to continue adding muscle to his frame to avoid being bumped off the line of his drive by physical defenders, Creek was able to convert from the mid-range area on several occasions showing an ability to stop quickly and elevate before the defense could contest his shot.

Bridgton was led by Cardell McFarland and Isiah Wallace who both finished with 21 points.  McFarland continued to do his best work scoring 15-20 feet away from the basket, but also extended his range beyond the three-point line on two different occasions.  For Wallace, the loss ends what can only be described as a fantastic season for the Springfield native.  While many coaches continue to question his position at the next level, this kid is simply a player…and one who seems to have a habit of going for 20 and 10 every time he has stepped on the floor this year.

In a game that was much closer than the final score indicates, Worcester battled valiantly for 30 minutes.  Ultimately however, Brewster’s depth of talent and athleticism simply wore them down and allowed the #1 seed to eventually pull away.

Brewster led only 44-41 at the half, as Worcester got some very strong play from junior big man Ben Crenca.  The Rhode Island native was impressive at both ends of the floor as he showed good footwork and a very soft touch over his left shoulder when playing with his back to the basket on the offensive end.  Defensively, he rose to the challenge of being matched up with the most physically dominant player in the NEPSAC in Emmanuel Negedu.  Crenca held his own as he bodied up with him and made it very difficult for the Arizona bound big man to catch the ball deep in the post.  Sam Martin and Austin Carroll were also impressive in the Worcester backcourt as Martin shot the ball very well from the perimeter and Carroll acted as a facilitator throughout the night, not being rattled by Brewster’s pressure, taking care of the ball, and setting up his teammates for good shots.

For Brewster, Negedu and Mark Lyons led the team in scoring with 17 and 19 respectively.  But we believe the real story with this team, and perhaps the reason why they are the favorites in this tournament, is the quality of their role players.  Trey Blue, Charles Abouo, and Kellen Thornton continue to step up in big moments and make the most of their opportunities.  Blue, who is incorrectly perceived by many as purely a shooter, was very effective with his dribble tonight as he slashed his way to some easy buckets, got himself to the free-throw line, and also showed an ability to find teammates.  Abouo didn’t get many shot attempts up tonight, but he made every open look he had.  But his value far exceeds his high field goal percentage, as he is a physical presence, versatile defender, and above average rebounder.  He also plays the game with a poise and intelligence that makes him very valuable to his team.  Finally, Thornton is the ideal role player who scores points without ever having to have plays run for him.  He sealed his defender low for two easy lay-ins to start the game and was all over the glass for all 40 minutes.

Finals will be played on Sunday, March 2nd at 7pm at Endicott College.