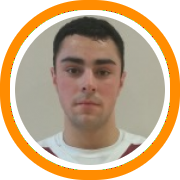 The prep school season is upon us and so here is a look at some of the top contenders in Class A of the NEPSAC:

Salisbury School – With the vast majority of last year’s line-up returning, Salisbury has to be considered one of the early favorites as they’ll look to capture their second Class A championship in the last three years.  They will once again be led by Samuel Dingba, the six-foot-six forward who committed to Quinnipiac earlier this fall over 25+ other division I offers.  Best known for his relentless motor and dominant defensive game, Dingba continues to enhance his offensive repertoire with each passing year as well.  Isaiah Robinson also returns to the frontcourt, giving Salisbury a tough interior tandem, while sharp-shooting swingman Mackenzie Morrison will continue to stretch opposing defenses beyond the three-point line.  Marist bound guard K.J. Lee is back to anchor the backcourt, but he’ll be joined by Kendrick Jolin, a highly talented sophomore point guard.  Depth won’t be a problem either with Anthony Drouin, Ethan Feldman, and Liam Ingoglia all capable of making major contributions as well.

Phillips Exeter Academy – The reigning Class A champions ran away with the 2013 championship, going undefeated in league play and winning all three post-season games by double figures in order to take the title.  Kendrick Morris, Tony Karalekas, and Max Kirsch are three returners that should all be poised to take on bigger roles this season.  A solid slate of newcomers is led by six-foot-eight forward Miki Ljuboja, who committed to Brown earlier this fall.  Six-foot-five swingman J.D. Slajchert should quickly assert himself as one of the team’s top scoring options on the perimeter while Jeb Hulmers will make his niche behind the three-point line.  A talented young nucleus is also in place to build towards the future with Kirsch being joined by fellow sophomore Perry DeLorenzo and James Foy along with his younger brother, Mitchell Kirsch, who arrives for his freshman year.

Choate Rosemary Hall – Colin Richey, Ben Engvall, and Ken Opamuratawongse return from the team that advanced to their third straight New England final a season ago.  Richey and Engvall serve as co-captains while Opamuratawongse is expected to play an increased role in his junior season.  Sean McNally and Trevor Dow are two local New England products expected to make contributions in their first season at Choate, while Samson Donick and Alex Rubin should also play important roles.  Six-foot-seven forward Cameron Neubauer, a post-graduate from Germany, is perhaps the team’s most notable newcomer, but ultimately this is a group that will draw their strength from balance and versatility more so than any one dominant player.

Tabor Academy – There have been three different champions in each of the three seasons since NEPSAC realignment, and if that trend is to continue this year then Tabor Academy will have as good a chance as anyone.  The Seawolves shouldn’t miss a beat with Jesse Bunting stepping in to fill the void left by Jarred Reuter’s move to Brewster Academy, while recent Dartmouth commit Miles Wright is expected to be fully healthy in time for a big senior season.  While that dynamic tandem is expected to lead the way, there is a deep and talented group of guards on the roster as well with post-graduate Rodney Morton, shot-maker Andrew Jacobs, plus experienced guards like Bryce Boggs and A.J. Maestas.  Add a couple of talented young sophomores in P.J. Poulin and Matt Geneaux and this could be Tabor’s best team in recent memory.

Milton Academy – They are another top contender for a first time championship, especially with Princeton bound big man Alec Brennan  back in the middle of the line-up.  The six-foot-eleven senior has the potential to emerge as one of the top players in Class A, and if he does, Milton will be especially hard to stop.  The supporting cast will be led by senior guard Jack Karle, a tough and competitive senior who is an emerging presence on the roster.  Jonny Blaize and Nick Tupankanin are a pair of sophomores who both promise to be critical to Milton’s success this year while there are several other talented underclassmen capable of emerging during the course of the season as well.

Trinity Pawling School – It is very possible that this year’s New England Class A champions won’t be from New England at all.  In fact, Trinity Pawling has as deep and talented a roster as anyone, and are likely to emerge as very serious contenders after making consistent strides in recent years.  Sharp-shooting guard Braedon Bayer is back to run the show as is lefty swingman Noah Woods, giving the team a dangerous one-two punch in the senior class.  Six-foot-six junior Austrian Robinson is a high level talent who has the potential to grow into a starring role.  Further size and length is provided by six-foot-seven senior Desmond Hatter , six-foot-seven senior Brenton Howell, and six-foot-six junior Harrison Dunne-Polite.  There’s an equivalent amount of depth on the perimeter where the arrival of Jeremy Arthur and Justin Cooper will provide a major boost on the wing while A.J. Girard and Peter Kolalov will be equally important guards.

Kent School – Only four years removed from their most recent New England championship, Kent should once again be a factor in the Class A race this season.  Jamal Lucas, an explosive six-foot-four junior guard, leads a solid cast of returning varsity contributors that also includes Leon Tambue, Romello Crowell, and a series of other multi-sport athletes.  There will be increased size this season with six-foot-nine sophomore Jack Stevens and six-foot-eight post-graduate Darnell Gray joining the mix.  Six-foot-six swingman Kelan McConnell and six-foot-three guard Alex Monsegue are other notable additions in the 2014 class while sophomore point guard Liam Harris, a product of the Irish junior national team, will be an equally important newcomer at the point guard position.

Hotchkiss School – There might not be a better senior tandem in all of Class A than the one-two punch that the Hotchkiss School has behind Makai Mason and Noah Daoust.  Mason, who is already committed to Yale, is a true three-range scorer and arguably the most dangerous playmaker in all of Class A.  Daoust was likely one of the most underestimated players in Class A prior to Columbia scooping him up with an already commitment.  Together, they make Hotchkiss capable of beating anyone on any given night.  If the squad is able to get consistent contributions from the supporting cast, they could make some serious noise come March.

Phillips Academy – Andover is flying under the radar heading into the season and that may be just how second year head coach Terrell Ivory likes it.  Hopkins transfer Sam Glazer is the most well known incoming prospect the team has, but there are others that are assuredly poised to make a name for themselves this season as Andover continues to climb the ranks in Class A.

Deerfield Academy – They may be the most improved team in Class A this year and it begins with Luka Petkovic, a six-foot-two post-graduate shooting guard by way of North Vancouver, British Columbia.  He’ll team with post-graduate point guard Cole Swartz to provide a very solid backcourt tandem, while the return of Jesse Browne provides yet another perimeter playmaker.

Belmont Hill School – With a solid returning core led by a trio of talented juniors, Belmont Hill looks like a program on the rise in Class A as well as the ISL.  Sultan Oluskun gives them a playmaker and elite defender in the backcourt while Hilal Dahlel provides a scoring presence on the wing.  Six-foot-seven big man Jesse Wims will anchor the team in the paint.

Taft School – First year head coach Shavar Bernier takes over a proud program with a history of success.  Senior point guard Shawn Strickland should be one of the top guards in Class A this season while post-graduate Alex Tonhazy will be counted on to provide immediate contributions.

Avon Old Farms School – Annually one of the toughest teams in Class A, Avon should once again be a threat in the coming season.  Shaya Lomax, Raheem Spence, and Skyler Williamson headlines the returning contributors while post-grads Artis Parris and Gabe Vieira will provide an additional spark.

Buckingham, Browne, & Nichols School – Nick Tarantino gives BB&N one of the top post threats in Class A, but they’ll need others to step up on the perimeter, including talented freshman guard Geo Baker, who is capable of making an immediate impact.