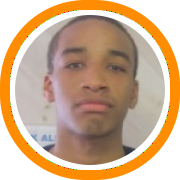 1) Brewster Academy (29-0) - After defeating Tilton last Monday, Brewster wrapped up their regular season schedule on Wednesday with a tough 87-84 win on the road over Bridgton Academy.  That's 29 straight games to start the season for Semaj Christon, Aaron Thomas, Joe Bramanti, T.J. Warren, Jakarr Sampson, Jalen Reynolds, Mitch McGary and co. with 5 remaining in the Bobcat Quest for a perfect season.  If they can pull it off, it will difficult to argue against the 2012 Brew Crew as the best NEPSAC Team of all time, (old-school MCI squads included). Brewster heads into post-season play as the #1-seed and they'll face #8-seed Winchendon in the quarterfinals on Wednesday.

2) St Thomas More (25-5) - Although they do not possess the "star power" of other Triple-A Clubs, the Chancellors have gotten the job done all season and enter the Playoffs as the #2-seed.  They'll face the NEPSAC AAA defending-champs in #7-seed Maine Central Institute on Wednesday in the quarterfinals. With a lack of big players on the roster, the small-ball crew of A.J. English, Barrington Stephens, Ky Howard, Torin Childs-Harris, and Curtis Jones will really have to get it going if Jere Quinn's squad is to make a deep playoff run.  They are definitely capable.

3) New Hampton (24-7) - Wrapped up their regular season in grand-fashion this weekend, defeating a red-hot Worcester Academy squad 57-40 Friday night on the road and then earning their biggest win of the season on Saturday as they took down Tilton at home by a score of  76-58.  The Huskies move on to the Playoffs as the #3-seed and they'll face #6-seed South Kent on Wednesday night in the quarters.  With the senior tandem of Zach Auguste and Olivier Hanlan playing at a very high level alongside Noah Vonleh, (who had an outstanding weekend defensively and on the glass), New Hampton is ready to make some noise.

4) Northfield Mount Hermon (26-5) -  Lost their regular season finale to Winchendon last Wednesday in a game in which they shot below 30% from the field.  The Hoggers will get the bad taste out their mouths and move on to NEPSAC post-season play as the #4-seed, meaning they'll face #5-seed Bridgton in the quarterfinals on Wednesday.  Bridgton won the last meeting between these two teams a few weeks back so NMH will be looking to exact some revenge.  The Hoggers could get a big boost if Ryan Oliver is able to return from injury to play on Wednesday.  Head Coach John Carroll says he will know this afternoon whether Oliver will be able to go...Look for junior guard Anthony Dallier to have a big post-season; the kid has "big-game player" written all over him.

5) Bridgton Academy (18-11)  -  After an up and down regular season, Bridgton heads into the playoffs as a dangerous #5-seed.  If the quartet of Markus Crider, Darrick Wood, Jarryn Skeete, and Malik Nichols can get into a groove and Whit Lesure can get production from his bench, the Wolverines have the firepower necessary to make a serious run.

6) South Kent (18-10) -  After falling to New Hampton a few Fridays back, South Kent closed the regular season with three straight wins to gain some momentum heading into post-season play, where as the #6-seed, the Cardinal will play New Hampton in the quarters on Wednesday.  Every game that South Kent plays could be the last in the prep career of Ricardo Ledo.  Does he have one more masterpiece to unveil before heading off to the Big East?  We shall see...

7) Maine Central Institute (10-16) - Tough regular season for the defending champs; we'll see if Xavier-bound power forward James Farr and the Huskies can get a repeat-run going on Wednesday when they face St Thomas More.

8) Winchendon (8-21) - Dropped their regular season finale to Bridgton on Saturday after earning their signature win of the season last Wednesday on the road over Northfield Mount Hermon.  The Green Waves will try to cook up a miracle on Wednesday when they face Brewster in the quarterfinals.  Tevin Falzon will have his hands full down-low.