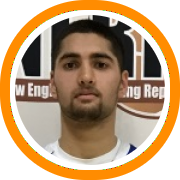 The New England Recruiting Report was on hand at Cushing Academy on Sunday for the first annual NEPSAC AA Showcase.

The event featured the vast majority of the top programs in Class AA of the NEPSAC and utilized both the new Watkins Field House as well as the Heslin Gymnasium, so there were games taking place on two courts from 11am on throughout the day.

Here's a rundown of the action complete with video highlights from Mike Yagmin.

The opening game of the day was a highly competitive match-up that needed overtime before it would be decided. Mitch Doherty scored the go ahead basket with less than a minute to play in OT while Paul Durkee iced the game with two free-throws on the next possession. That duo led the way for Worcester with 19 and 16 respectively but three other players also finished in double figures as Jack Zimmerman had 15, Judson Martindale 15, and Quest Harris 10. Chris Childs led the way for Wilbraham with 29 points, setting a career high for the second time in as many days after scoring 28 a day earlier, while Enike Anyia had 13. Childs also forced OT by banking in a three-pointer with just two seconds left in regulation after Zimmerman had just hit a three of his own for Worcester.

The second game of the day was no less hard fought than the first and wasn't decided until a potential game tying three rimmed out for MacDuffie. Boston University bound big man Sukhmail Mathon led the way with 28 points for Holderness while junior Philmon Gebrewhit chipped in with 21 in the win. Dana Tate continued his strong play as of late for MacDuffie as he finished with a game high 30 points, accounting for exactly half of his team's points on the scoreboard.

Things didn't get any less competitive as St. Andrew's faced off with Lawrence Academy in a match-up of two short-handed teams. The Saints came into the game decimated by the flu, with only 7 players in uniform, including junior forward Cole Swider who was reportedly playing through symptoms of his own. Even head coach Mike Hart was unable to attend leaving associate head coach John O'Shea alone to roam the sidelines. Brown pledge Paul Newman scored a team high 23 points by controlling the paint while the sophomore tandem of Brycen Goodine and Robert Baum led the way on the periemter with 22 and 19 respectively. LA was without junior guard Maurice Works but continued to get good offensive production from junior forward Joey Luchetti while senior guard Matt Glassman did an admirable job of running the team.

In what was perhaps the most well-played and competitive game of the day, Gould Academy held off Cheshire Academy behind a huge performance from Skyler Nash. The post-graduate guard knocked down 9 three-pointers and finished with 40 points while DeAndre Johnson showed flashes of his potential, protecting the rim defensively and stretching the floor offensively, and George Papas continued to show his pure shooting stroke and high I.Q. for the game on the perimeter. Cheshire was led by Rich Kelly who was making plays on almost every possession in the second half, either creating offense for himself or one of his teammates.

The host Penguins, still playing without junior guard David Duke, held off a gritty and hard-working Salisbury team. Bryce Daley shined for Salisbury through the first half before being forced to the sideline with an ankle injury. Cushing was able to pull away in the second half as Greg Kuakumensah stepped up in a big way on the offensive end with 27 points and 5 rebounds while Virginia Tech bound point guard Wabissa Bede flirted with a triple double, finishing with 23 points, 9 rebounds, and 8 assists. Francis Uzorh chipped in with 16 as well.

Vermont Academy came out with good energy and ball movement before holding off a feisty Bradford Christian team. Simi Shittu led the way with 15 points and 21 rebounds, showing the true versatility in his game, while Vermont pledge Bailey Patella played well on the wing and Matt Hanna showed well on the perimeter.

A balanced Loomis Chaffee attack led to a hard fought win over Brimmer & May despite a career night from senior guard JuQuan Mills who finished with a career high 36 points to go along with 8 assists. Sophomore forward Jaiden Delaire led the way for Loomis with 19 points, 7 rebounds, and 5 assists while shooting 4-7 from behind the three-point line.

While Tilton became the latest prep school to get hit by the flu, costing them Max Zegarowski for the game, they were nonetheless able to win their sixth straight game. Marcus Zegarowski led the way with 20 points, 8 assists, and 6 rebounds to propel them over the Pandas.