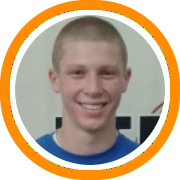 Almost a year later, House of Sports got its redemption.

After MBNation hit a game-winning three-pointer as time expired in a semifinals matchup at last May’s Hall of Fame Spring Classic, the New York-based team returned the favor on Sunday afternoon at the University Sports Complex in Hanover, Mass.

Trailing by 11 points with less than 10 minutes remaining, House staged a dramatic comeback that culminated with a last-second baseline fall-away by Elijah Wilson to secure a 50-48 win in the afternoon’s final u17 National matchup at the Northeast Hoops Festival presented by New England Recruiting Report and Zero Gravity.

House guard Rickey McGill, who is committed to Manhattan, delivered a couple of monster offensive performances, including a 37-point outburst earlier on Sunday. He again came up big against MBNation when he connected on a 3-pointer with just under two minutes to close his team to within two points.

A couple of missed MBNation free throws in the final minutes allowed House to tie the score before Wilson corralled a missed jumper along the left baseline, rose up, turned in one fluid motion and swished the 10-foot jumper as the buzzer sounded.

House’s 6-foot-5 forward Kai Mitchell had a game-winning tip-in earlier in the afternoon and was a constant inside-outside offensive threat, while 6-foot-10 center Jonathan Nwanko was active on the glass at both ends and made a few key blocks against MBNation. Point guard Ryan Bernstein was a steadying backcourt presence all day with his solid ball handling and also connected on a couple pivotal 3-pointers.

While it was a disappointing way for MB Nation’s weekend to come to an end, after literally leading for every second of every game until the buzzer beater in the championship game, it was nonetheless a widely successful couple of days.  Shyheim Ulrickson and Jayvon Pitts-Young were excellent all weekend long, with Pitts-Young attracting scholarship level suitors every time he stepped on the floor and Ulrickson proving himself against the older competition. The weekend was also a coming out party for Matt Talbot, an unsigned senior big man heading to the prep ranks next season.

In the u17 American bracket, Team Not Even Famous (‘TNEF’) bested Mass Elite.  TNEF used a balanced, up-tempo offense to produce a high volume of transition opportunities. Sean Brundage was particularly aggressive attacking the basket and also showcased a nice perimeter stroke. Inside, 6-foot-6 Damani Guscott was active on the boards and did an excellent job of making himself available without the ball so that his teammates could find him for easy buckets.

Mass Elite’s Chris Demartinis, a 6-foot-1 guard from Burlington, shot well from outside but was at his most dangerous when he found his way into the paint, created contact and creatively finished around the basket.

Some of the top individual performers included:

Jayvon Pitts-Young (MB Nation) – The aforementioned combo guard was The Nation’s best and most consistent player on their weekend run. The uncommitted senior, who is looking to do a Post-Graduate year, made key plays in every game both offensively and defensively. He has a tight handle and a very good feel for getting in the lane and making the right read when he gets there. On defense, he is a tough guard who isn’t afraid to do the dirty work. He attracted scholarship interest from a number of D2 schools over the weekend, and rightfully so with the way he was playing.

Rickey McGill (House of Sports) – Another player who was already mentioned above, McGill was one of the most entertaining players to watch this weekend. A slippery 6-foot-2 guard that is a tough cover for anyone because of his ability to score from all three ranges on offense, the Manhattan commit was one of the main keys to a number of House of Sports’ great wins on the weekend. He does a magnificent job of picking his points where he wants to aggressively try to score the basketball, but also knows how to get his teammates involved.

Ryan Bernstein (House of Sports) – The heady point guard from Marianapolis Prep is the ideal fit for the way Andy Borman and his squad want to play. He pushed the tempo on offense, made sound decisions in pick-and-roll play, and scored the ball when it was needed throughout the weekend. Bernstein is a scrappy kid who plays hard on both ends and is clearly a respected leader by his teammates.

Matt Talbot (MB Nation) – Another uncommitted senior looking to go prep, Talbot was the unsung hero for his team. He often was left to battle much bigger players throughout the weekend and more than held his own. The versatile wing/forward is a very good athlete who made a number of high level plays above the rim, including a vicious put-back dunk in their game against House of Sports. He is a great rebounder for his size, and does a good job of keeping plays alive on the offensive end.

Nicholas Mayo (Maine MAC) – One of the breakout players from the event, Mayo has all of the skills necessary to be a very good player at the scholarship level. If he continues to play like he did this weekend he could develop a good following come the live period.

Quincy McKnight (Team Scan) – Making one of his first appearances in New England since leaving for prep school in Pennsylvania it was clear that McKnight was going to be very important to Team Scan’s success this season.  He made so many productive plays on both ends of the court that he made it hard for the coach to take him off the floor.

Chancellor Ellis (Team Scan) – Loaded with a “big three” of Cheick Diallo, Thomas Bryant, and Tyus Battle (all of whom are top 20 national prospects in their respective classes), Ellis is another guy who has asserted himself as another critical complimentary piece. With that much size and talent, court spacing is at a premium and there were few better at drilling shot this weekend than the St. Andrew’s sniper.

Jeff Spellman (Middlesex Magic) – He was very good all weekend for the Magic, and continued to show well Sunday morning. He is an unassuming athlete who plays above the rim, but also has a good handle and a sweet shooting stroke. Particularly impressive was his ability to read screens, come off them at just the right angle and attack the basket with little wasted movement.

Connor MacIsaac (Mass Elite) – The Malden Catholic product has a great basketball body and impressed with his ability to finish around the rim, rebound at a high volume, and play hard.

Edward Volkerts (CT Playmakers) – A quick guard who is good with the ball and had some noteworthy plays on Sunday. He is outstanding in transition and sets his teammates up well once he is in the paint.

Kwe Askew (Stamford Peace) – An intriguing long armed forward from Stamford High, Askew ran the floor like a gazelle and showed the ability to catch tough passes and convert tough finishes once he has it.

Chan Williams-Bey (CT Select) – Extremely talented playmaking guard who is great with the ball in his hands, and can do a number of things very well on the offensive end.

CJ Keyser (Mid-Atlantic Select) – A 6-foot-4 guard who has attracted mid-major offers and high-major attention, Keyser is super smooth and can flat out make plays for himself while making it look relatively easy. Should have a very good spring and summer if he continues this type of play.

Kevin Durkin (BV Chaos) – The big man impressed with his ability to play hard and stay active from start to finish in games. For a man his size he has a very good motor and good approach to the game.

Jonathan Perez (LOX) – The Lowell (Mass.) High product is a dead-eye perimeter marksman who shot his team to a number of impressive wins on the weekend.

Dayne Savage (Maine MAC) – A tough point guard with a good handle who plays hard every possession he is on the floor.

Will Rayman (Stamford Peace) – The 6-foot-7 forward displayed a solid outside shot, but was particularly impressive attacking the basket using one to two dribbles, an approach that earned him consistent trips to the free throw line.

Isaiah Lamb (Mid-Atlantic Select) – CJ Keyser is the most prominent prospect on Mid-Atlantic Select’s roster but Lamb looks to be at the mid-major level himself.  He has good size and length on the wing and played well all weekend long to help lead Select into the quarterfinals.