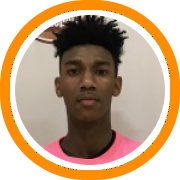 The New England Recruiting Report staff will be out in full fource throughout the weekend, providing continuous coverage of all three high school aged divisions.  This blog will focus exclusively on the 9th grade division.  Please be sure to check back throughout the course of the day for new information:

• Team Scan proved to be too much for Bay State Magic. Scan received very good guard play from Khalief Crawford. Patrick Strazala displayed his playmaking ability to go along with his toughness.

• MEBC captured a Win in the 9th grade division against CBA Heat Gold. Clay Hardy shined throughout the game for MEBC while making plays all over the court.

• Behind 16 points from Jon Deeley, the South Shore Wolfpack dropped the Boston Bobcats, 61-40. Deeley is an efficient scorer, who knows how to use his teammates to get high percentage scoring opportunities. He’s at his best when attacking the basket on one to two dribble drives and shooting from the outside off the catch.

• Metro Boston used their pressure defense to dominate from the tip and defeated the Ocean State Flash by a score of 70-25. It was a collective effort for Metro, but guard Alex De LaRosa used his strength and quickness to get to the paint and score at will.

• Stamford Peace earned a 57-55 victory over the Mass Bluedevils. For the Peace, guard Dommy Depina displayed great toughness and hit a number of tough shots. Bluedevils big man Charles Jones rebounded very well and used his strength to finish around the rim.

• Expressions Elite Black pulls away from Bishop Elite behind balanced scoring and a tough backcourt of Cameron Ray and Jacob Ashworth. Both of whom made a number of plays off the dribble.

• Joe Kasperzyk, a versatile swingman for East Coast Elite, poured in 19 points to lead his team to a 65-31 win over SCBC. Kasperzyk displayed a solid outside shot, but was at his best getting into the lane, finishing through contact and making a couple of beautiful passes, including a wraparound assist to an open teammate for a layup, when defenses rotated to his penetration.

• CBA Heat Black won a close game over Mass Elite in the 9th grade division. For the Heat, guard Nick Bethony was impressive on the offensive end while hitting a number of mid range pull ups.

• NE Jump took the 20 point win against the RI Cyclones in another 9th matchup. Big man Matt Vartanian played very well for the NE Jump. He used his size and athleticism to disrupt shots defensively and then on the offensive end he was able to finish in the paint.

• Chris Wright was a force with a double-double (10 points and 10 rebounds) in CT Select’s 49-27 win over Ocean State Flash.  The 6-foot-3 small forward aggressively drove to the basket and was relentless on both the offensive and defensive glass. He also helped his team get out to an early lead with a couple key defensive deflections that led to steals and easy transitions points.

• The matchup between Mass Elite (Polli) and Ri Cyclones came down to the wire, as the Cyclones pulled out the victory. Thor Brochu was all over the court, doing the little things while Brett Buckl carried the offense.

• CT playmakers earned the victory in the back forth affair with CBA Heat. For the Playmakers, Eddie Volkerst was relentless on the boards all game and was able to finish with contact around the rim.

• Guardian Basketball Club defeated Evo in the Varsity matchup with team effort. Big man Tyri Hampton controlled the paint for Guadian, while Malik Langa was very active on both ends for Evo.

• Kevin Lora, Mass Blue Devils – Even though he might seem undersized he is a beast inside as he was able to finish throughout the game. Lora was able to rebound and lead his team in the loss. He drove the ball from the wings and stepped out to shoot the three a bit.

• Ernest Berry, Rivals – A tall lanky player who was able to do it all in the win over Mass Blue Devils. He was able to drive and finish as well as shoot the midrange and three pointer. His court vision and passing ability was also very good.

• Nathan Cruz, Rivals  – A quick electric point guard was able to handle the job for his squad. A tight handle and ability to get into the lane and finish or find teammates made him very effective. On defense he was also able to disrupt the opponents with his long arms and speed.

• Russell Thomas & Aidan Maloney, GHPA – Both were great in their hard fought win over Stamford Peace. Thomas was a beast on the boards and in transition while Maloney dazzled with his ability to break his defender down and get into the lane.

• Expressions Red pulled away from Mass Premier  in the second half behind Jordan Hardwick who was controlling both ends of the floor with his size & athleticism.  He finished with a number of dunks in traffic and huge blocks at the rim. Tom Urqahart had a very good defensive game for Mass Premier, and was able to finish around the rim against the more athletic Expressions team.

• CT Roughriders overcame a pesky zone defense and full court pressure for a hard fought 59-55 win over Mass Premier. Inside tandem of Justin Nwafor and A Nwafor proved to be too much to handle down the stretch. Justin Nwafor was dominant in the second half blocking shots and finishing around the rim.

• AJ Reeves looks like a potential star in the making for the Mass Rivals.  He’s still a long ways away from being a finished product but he’s got major physical upside and a ton of natural ability.

• Javon Taylor was also impressive for the Mass Rivals.  He brought energy, created off the bounce, and got to the basket at will.