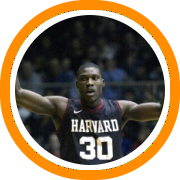 Syracuse’s success has been widely credited to their depth, and more specifically to arguably the deepest bench in all of college basketball.  Well that second unit has some very deep New England connections beginning with freshman and former McDonald’s All-American out of St. Andrew’s School Michael Carter-Williams.  That’s just the tip of the iceberg though as C.J. Fair (Brewster Academy) and James Southerland (Notre Dame Prep) both play important roles while Dion Waiters even spent a year at the South Kent School.  Syracuse also has a big New England walk-on presence in former St. Andrew’s and Worcester Academy big man Russ DeRemer as well as former Holderness forward Matt Tomaszewski, not to mention head manager Dan Sullivan from Andover High School.

Both schools have recruited the region in the past but have no New England ties on their roster right now.

The Seminoles lack any New England connections but the same can’t be said for the Atlantic 10 champions.  Freshman big man Youssou Ndoye is a product of Lee Academy in Maine while junior college transfer Chris Johnson is a familiar face as well after spending a year at the South Kent School.

You might not expect there to be any New England bloodlines in this one but that’s not the case as former Vermont Academy guard Keron DeShields is currently in his freshman season for Montana, who come into this match-up as the Big Sky Conference champions with a record of 25-6.

Harvard is one of three programs from within New England’s borders to earn a spot in the field.  The boys from Cambridge have a number of local products on their roster as well beginning with the trio from Northfield Mount Hermon in senior Andrew Van Nest and sophomores Laurent Rivard and Matt Brown.  Rivard is also the team’s starting shooting guard and third leading scorer.  Another sharpshooter, Max Hooper, is currently in his freshman season after a post-graduate year at Brewster Academy while former Brimmer & May forward Kyle Casey is the team’s leading scorer as a junior.  Sophomore forward Tom Hamel is a product of Philips Academy of Andover.  Vanderbilt has a New England connection of their own in former Middlesex School forward Rod Odom, who is currently in his sophomore season in the SEC.

Cincinnati’s backcourt has plenty of ties to New England beginning with former Notre Dame Prep guard Sean Kilpatrick, the team’s leading scorer at over 14 points per game and one of the best rebounding guards you’ll find in the field.  Back-up point guard Ge’Lawn Guyn saw over ten minutes of playing time per game in just his first season out of the South Kent School.

Both schools have had players from New England in the past but alas this year there are no connections beyond West Virginia’s lead manager Jason Kuntz, a product of Sheehan High School in Connecticut.

Kansas State has two former prep products on their roster in junior big man Jordan Henriquez and sophomore guard Omari Lawrence.  Henriquez spent a post-graduate year at the Winchendon School before becoming one of the best shot-blockers in the Big 12 while Lawrence is a product of the South Kent School who first headed to St. John’s before arriving in Kansas.