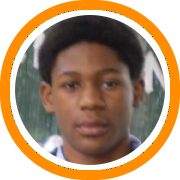 Three days, 22 teams, 21 games, 250 college prospects, and over 175 college coaches.  There is plenty to reflect upon when looking back on this year’s National Prep Showcase, but here are some of the major storylines coming out of the weekend.

Last year was the first time in four years that Bridgton Academy didn’t win the class A title.  If this weekend was any indication, Whit Lesure’s team certainly has to be considered an early favorite in 2009.  Hargrave Military Academy, the nation’s top ranked team, needed an 18 foot buzzer beater to narrowly escape defeat, while Champlain St. Lambert was simply no match for the New England prep school.  With significantly more talent than last year as well as their trademark discipline on both ends of the floor, Bridgton has the recipe for what could potentially be their fourth title in five years.

Gaston Can Flat Out Play

New Hampton forward Chris Gaston had the most impressive single game stat line of the tournament when he went for 20 points and 20 rebounds against Lee Academy on Sunday.  The most impressive part about the performance…Gaston wasn’t nearly as good as he is capable of being.  It’s flat out scary to think of the numbers he may put up when he really gets going.

The National Prep Showcase is a class A tournament…with a few exceptions.  The defending class B and C champions, Tilton and St. Mark’s, were both in action this weekend.  Tilton scored a double digit victory over MCI while St. Mark’s fell 80-76 to the #4 ranked high school team in the country, Findlay College Prep.  But both teams proved without a shadow of a doubt that they can play with anyone in the NEPSAC, regardless of what class they’re in.

NMH is the Dark Horse

Northfield Mount Hermon was a team that few people were talking about going into the weekend, and they may have just been the most impressive.  While most teams showed the growing pains that are typical for November basketball, NMH looked like they were in mid-season form, especially on the offensive end.  They dominated a very good Fork Union team and then simply manhandled Champlain St. Lambert.

Over 175 College coaches were in the house this weekend including the likes of UCLA, Louisville, Arkansas, Kansas State, Texas A&M, Cincinnati, Minnesota, California, Iowa, Providence, St. John’s, Stanford, Rutgers, Arizona State, South Carolina, Northwestern, Oregon State, Vanderbilt, and UMass.  Perhaps Scout.com’s Eric Bossi summed it up the best when he wrote, “Schools in attendance – too many to list.”

With so many college coaches in attendance, this was a great opportunity for some players flying under the radar to prove their worth.  Here are just a few of the guys who had coaches flipping through their packets looking for the name – Lee Academy’s Tim Johnson, Bridgton Academy’s Jamal Crook, MCI’s Martino Brock, Notre Dame’s Kenny Stewart, South Kent’s Jackie Carmichael, Winchendon’s Eric Ferguson, and St. Andrew’s Russel Deremer.

Some of the traditional New England powers struggled at times this weekend.  Brewster and Notre Dame both suffered big losses and St. Thomas More went 0-2.  Where these results surprising?  Of course.  But let’s not make more of this then it was…a weekend in November.  Championships aren’t decided until March and Brewster and Notre Dame are simply too talented not to be around in the end.  And you can bet STM will continue to improve as they year goes on.

If You Didn’t See It, You Can Read About It

ESPN.com, Scout.com, Rivals.com, Hoop Scoop Online, Hoop Masters, Prep Stars, The National Recruiting Report, HSBI, Draft Express, and countless others were all on hand to cover this weekend’s event.  Saturday’s classic battle between Findlay College Prep and St. Mark’s was also televised by the local NBC affiliate in Rhode Island.  Nextplay.com was also on hand to provide video and statiscal coverage for all 21 games of the showcase.

Be sure to check out a highlight reel of the action provided by Nextplay.com, who was on hand to film all of the action and provide game stats to fans and college coaches alike.  For more information about Nextplay visit their site at www.nextplay.com.