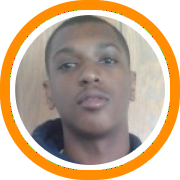 The quarterfinal round is in the books with the semifinals and finals set to be played tomorrow at Albertus Magnus College with Brewster Academy taking on Northfield Mount Hermon at 11a.m. followed by St. Thomas More taking and IMG Academy at 1p.m. with the finals later that night at 7:30p.m.

Here’s a look back at Tuesday’s action:

The first half was a back and forth half-court affair that saw both teams knotted at 24 heading into the locker room.  NMH continued to execute their offense to perfection in the second half, slowing the game down and getting exactly what they wanted deep in the shot-clock.

With NMH up double figures with just four minutes to play it appeared as if they may be ready to pull away but Fishburne came storming back with a dramatic late game run fueled by some long range heroics from  Garrett Collins that would ultimately tie the game with just one minute to play before A.J. Brodeur went to work on a low post isolation.  Following a defensive stop Ian Sistare would stretch the lead to three which is where the game ended after NMH prevented Fishburne from getting a good look from behind the arc.

Jackson Donahue finished with five threes and 15 points to spark the NMH offense while Brodeur scored all 11 of his points in the second half.  Aaron Falzon was perhaps most impressive, finishing with 18 points while showing all dimensions of his offensive arsenal and securing double figure rebounds.  Tre Harris paced Fishburne with 15

What can only be described as an incredible game played by two high level teams couldn’t be settled until 95 minutes of basketball had been played.  Hargrave looked poised to earn the win in regulation, up 8 with two minutes to play, but IMG just wouldn’t go away as Nevada bound guard Eric Cooper put on a show from behind the three-point line, literally shooting IMG back into the game and coming only inches away from sticking the game winner when a potential three was ruled a long two.  He scored 19 of his 27 points in the second half including a string of 11 in a row.

Hargrave would have two more chances to win it, getting the last look at the basket in final possession of both the first and second overtimes, but each time IMG would come up with one final stop to force an extra period.

Chris McCullough was a huge force in the final two overtimes, creating major problems atop IMG’s 1-3-1 zone and throwing down a handful of massive dunks around the rim en route to a 26 points 9 rebound performance.

Hargrave’s unsigned guard Asa Duvall couldn’t have helped himself more, scoring a game high 29 points including six three-pointers.  Unsigned big man Jabari McGhee didn’t disappoint either with 24 points on a series of quick and bouncy moves inside the paint.

It would have been easy for Brewster to come out complacent or flat following Sunday’s NEPSAC championship, but that was anything but the case on Tuesday afternoon.  While the shots weren’t necessarily falling from long range in the first few minutes, the Bobcats would end the first half on a spurt and continue to ride that momentum throughout the vast majority of the second half.

Coming off a strong performance in the NEPSAC final, Jared Terrell continued to play well for the Bobcats, leading them with 19 points while continuing to assault the rim and make plays on the defensive end as well.

This was anything but a one man show though as Brewster would have a total of five players finish in double figures as they were clicking on all cylinders in the second half.  Devonte Graham and Donovan Mitchell got into the playmaking act as well with 16 and 14 points respectively.

Both teams got good solid contributions on the interior.  Jarred Reuter was as productive offensively as he’s been in recent weeks, finishing with 17 points while also doing a great job cleaning the defensive glass. Isaac Copeland had his full assortment of tools going scoring 15 of his own, utilizing his court vision to make plays for his teammates, and going to the glass himself.

Dusan Perovic had a great game for South Kent, finishing equally well with both hands around the rim and knocking down mid-range jump shots for 21 points.  Binghamton bound forward Romello Walker was equally impactful, scoring 14 while showing more consistent production away from the basket.

With both local Connecticut schools arriving with fan buses full of enthusiastic supporters, the atmosphere couldn’t have been more intense inside “The Nest” to finish the day on Tuesday.

St. Thomas More took a five point lead to halftime and gradually extended the lead in the second but PSA would come storming back to bring this game down to the wire.  Josh Williams and Yuta Watanabe both made huge blocks at the rim in the final moments of the game as the Chancellors clung to a slim three-point lead until Danny Upchurch pulled up from three feet beyond the top of the key to tie the score with 27 seconds left on the clock.

With the score tied at 80, St. Thomas More gave the ball back to Cane Broome, who had put together one of the best performances of his career through the first 39 minutes, and the senior guard did nothing but cap it all off with an off-balance runner to give the Chancellors an 82-80 lead with only five ticks left.  PSA would come close to tying it at the other end until Williams made yet another huge block at the rim to secure the victory.

Broome finished with a game high 30 points and was unquestionably the best player on the floor while Watanabe chipped in with 18.

The guards were the story for PSA as Upchurch finished with 16 including four three-pointers, which is especially noteworthy since he was previously a player who was known for the inconsistency of his jumper.  Anthony Durham scored a team high 18 while unsigned senior Dalique Mingo and 16 while Jordan Butler anchored the interior for Butler.  The loss culminates what has undoubtedly been the best season in PSA program history.