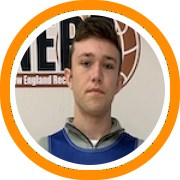 After looking at the top prospects in the MIAA over the weekend, today we turn our attention to the NHIAA for the second in a six-part series on the best prospects in the state associations.

While all of New England’s six state associations are annually depleted by the local prep ranks, there probably isn’t a state where the disparity between the prep and public ranks is more extreme than New Hampshire.

This year is not any different as many of the top local prospects are playing in the NEPSAC and while that impacts the level of competition in the NHIAA, it also sets the stage for an occasional diamond-in-the-rough type prospect to fly under-the-radar.

Here’s a look at who some of those candidates might be this year.

Justin ONeill, Bedford, 2020 – O’Neill is the best long-term prospect in the NHIAA’s senior class. He has good size at 6-foot-6, solid athleticism for his size, and a skill set that will translate well to the next level. First though, he’ll need to prove he can be dominant in the local ranks as Bedford is coming off a lopsided loss to Exeter over the weekend.

Drew Brown, Pelham, 2020 – The younger brother of Keith Brown, one of the most productive players to come through the NHIAA in recent years, Drew is following in his footsteps as he’ll head to Endicott after high school. He’s back at Pelham, where he averaged 17 points and 6 rebounds as a sophomore, after spending an injury plagued junior season at Bradford Christian.

Kevin Newton-Delgado, Hopkinton, 2020 – Hopkinton is off to a 2-1 start after dropping their opener to Mascenic but rebounding with wins over Raymond and St. Thomas Aquinas. Newton-Delgado has put up nearly 16 points per game so far. A 6-foot-5 forward who has historically been best inside but worked to extend his game in recent years, he should be one of the best individual players in D3 this year.

Matt McCool, Souhegan, 2021 – The junior forward is the most established prospect in the NHIAA and for good reason as he has size, strength, intangibles, and budding versatility. He should be a man among boys in the D2 ranks and it showed on opening night as he went for 25 points in a 65-28 win over Plymouth. With an otherwise inexperienced roster though, Souhegan wasn’t picked among the pre-season favorites and so McCool and his crew have something to prove.

Kingsley Breen, Dover, 2021 – He’s had a terrific start to the season including late-game heroics in a pair of comeback wins to lead Dover to the Bobcat Holiday Classic championship. Breen has good size on the wing, good driving ability, and versatile complimentary tools that makes him one of the more intriguing and talented prospects in the state.

Jacob Gibbons, Exeter, 2021 – The defending state champions lost 4 starters and 7 rotation players from last year’s squad but are still off to a good start. Two-sport athlete Ryan Grijalva is the catalyst so far but Gibbons, who has been out with a back injury to start the season, could be the most intriguing college prospect with inside-out skill, dexterity, and a high basketball IQ. He’s also a late-bloomer who has reportedly grown 4 inches in the last year.

Sam Kodi, Manchester Central, 2021 – Kodi is a talented junior guard, but one who is still raw and just learning how to play the game. His sheer tools are as impressive as any guard we’ve seen in the NHIAA and now it’s just a matter of harnessing his decision-making, shot-selection, and understanding of when and how to create his own offense.

Matt Lamy, Bow, 2022 – Bow scored a convincing win over Pelham in the season opener before falling at Hanover just before the holiday break. They’re hoping to play their way back into the post-season this year after losing a number of close games last season. Lamy will be both a big part of that effort as well as their most notable long-term prospect with his perimeter size and budding shot-making ability.