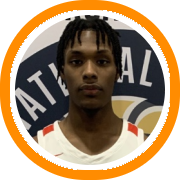 With most prep schools now on their holiday break and all six high school state associations at least a week or two into their respective seasons, it’s time to turn our focus to the players in those ranks.

First up is the MIAA in Massachusetts where Lynn English is the defending champions in division I but will have plenty of competition from the likes of Lowell, Andover, Cambridge, and Central Catholic in the north while Mansfield, Newton North, Attleboro, and Brookline appear to be some of the favorite in the south.

Division 2 features some talented teams and programs alike including Tech Boston, Milton, Whitman-Hanson, Malden Catholic, and Medway among others.

Here’s a look at the names to know this season in the MIAA:

Justin Vander Baan, Whitinsville Christian – It’s ironic when the state association’s best senior prospect, who is committed to the region’s only ACC school, is often forgotten about by local media. Yet that’s exactly what happens with Vander Baan. The disconnect is partially because he plays at a very small school and is far from a finished product, but there’s a reason BC took a chance on him. They just don’t make many 7 ft’ers who can move, catch, and show developing touch like he can.

Ademide Badmus, Lynn English – The defending division I state champions have a junior big man in the middle to build around. Badmus has been putting up big numbers to start the season, including a 29-point 15-rebound showing in an OT win over Mansfield on Monday, in a battle of the top two ranked teams in the state to start the season. Badmus is far from a one-man show though as Jarnel Snow Guzman leads things on the perimeter.

Kurtis Henderson, Catholic Memorial – The junior guard is coming off a breakout summer and already making it clear that he is one of the top players in all of the MIAA this season. He went for 39 points in just his second game of the season and followed that up with 23 points and 7 assists in a win over Wachusett to get CM off to a 3-0 start. Declan OSullivan returns as well for CM, fresh off a commitment to Catholic University earlier this fall.

Qualeem Charles & Bryant Ciccio, Attleboro – Attleboro is coming off a 18-5 campaign in 2018-19 and a quick 3-0 start this season. They return one of the state’s most dominant inside-out tandems in Charles and Ciccio. Charles is a wide-bodied big who just had 19 points and 14 boards in a win over Durfee while Ciccio is a skilled senior point guard with a wealth of intangibles and winning attributes.

Kyle Rocker & Aidan Cammann, Andover – Rocker is the senior leader for Andover but Cammann is both the team’s best long-term prospect and also one of the state association’s top underclassmen. The 6-foot-8 sophomore is coming off a breakout fall and the headliner for a young core that also includes Logan Satlow, Richie Shahtanian, and Ryan MacLellan.

Carlos Nunez, Lowell – A gritty southpaw guard who plays a relentless attacking style, Nunez will play a leading role for a Lowell squad that went 21-4 a year ago and was began the season slotted second overall in the D1 North by the Boston Herald. His runningmate in the backcourt will be Nate Siow, who brings a lot of experience back for Lowell.

Sam Stevens & Matty Boen, Mansfield – Mansfield was picked second overall in the state coming into the season and took top ranked Lynn English to overtime earlier this week. Stevens, a skilled late-blooming senior forward, is the most notable prospect on the roster but it was Boen, who had a big sophomore campaign last year, went for 32.

Amari Howell, Braintree – The sophomore floor general is mature beyond his years and at the helm of a young Braintree squad that should be ready to make their mark this season. Wesley Odiase and Julian Webb are two other underclassmen to know while 6-foot-6 junior Jack McCarthy will provide some size and experience to the frontline.

Tre Norman, Tech Boston – Tech is again one of the best teams, not just in division II, but in all of the MIAA. Norman is the team’s best long-term prospect given his size and potential to stretch his game to the perimeter. The sophomore will have plenty of help this season though with Shamar Browder and Alan Nunez will again play starring roles.

Tony Felder, Malden Catholic – They’re expected to make a big jump this year behind a young, but highly talented, core that is led by this sophomore point guard. Junior forward Christian Rios should be an important contributor while freshman forward Jahmari Hamilton-Brown is another highly talented youngster.

Ben Rice, Whitman-Hanson – Rice leads a Whitman-Hanson squad that finished 18-7 last year and is expected to be among the top contenders in division 2 this year, and yet he still may be under-the-radar. He’s a player we’ll be watching closely to see if, with his size and skill, he could be a diamond-in-the-rough type. Steve Kelly gives WH a steady hand at the point guard position.

Earl Tucker, Milton – His physical tools should be virtually unmatched in the MIAA, especially at the D2 level, which is why Milton is expected to make another jump after going 13-7 a year ago. Much of that will be on Tucker’s shoulders as he’ll need to continue to show the development of his motor as he did this fall.

Jack Poirier, Scituate – This isn’t just Poirier’s senior season but his final season playing under his father before heading off to Le Moyne. With the scholarship already locked up, winning a state championship would be a storybook ending for one of the most skilled and cerebral guards in the state, however he is not alone, as he will be joined by sophomore Keegan Sullivan & senior Nate Lopes, who is already committed to Roger Williams, among other players.

Will Dorion, Needham – Dorion is one of the toughest guards in the MIAA and has had a storied career to date. The recent Trinity pledge will have his work cut out for him this year though as he’ll lead an otherwise young Needham squad in a very competitive D1 South.

Chris Edgehill, Franklin – Edgehill is another player who is looking to punctuate a high school career that has already seen him accomplish the top achievements in the state. He’s a proven scorer and shot-maker who is capable of putting his Franklin team on his back for stretches.

Dante Law, Taunton – An athletic guard with good perimeter size, Law is coming off a good spring and summer on the grassroots circuit and hoping to follow that up with a strong senior campaign before he decides between a post-grad year and jumping straight to college. Big man Tyler Stewart gives Taunton another college prospect, as does 6'6 senior Fabio Gonclaves.

Mohamed Sanogo, Taconinc – If there is still such a thing as a sleeper than Sanogo is it. He’s a highly talented big man with a world of physical upside who is still raw but has the potential for a very bright future with continued growth and development.

Shea Doherty, Acton-Boxboro – With size and skill alike, not to mention good bloodlines, Doherty is one of the most talented long-term prospects in the MIAA’s junior class. He’s had a solid start for Acton-Boxboro and the tools to make an even bigger impact as the season goes on.

TJ Power, St. John’s – The 6-foot-9 big man is one of the best long-term prospects in the state but he’s not just a long-term stock. In fact, he has size, skill, and an IQ for the game that is all mature beyond his years and so he should be able to play a significant role to lead a young St. John’s squad this year.

Jake Harrison, Boston Latin – He’s off to a fast start to his junior campaign, putting up about 16 points and 12 rebounds so far while standing out as one of the most improved juniors in the area.

Donald Villard & Ethan Daleba, City on the Hill – They’re one of the more talented underclassmen tandems in the state. Villard is so early in his process but he has all the long-term tools a young big man could want at this early date. Daleba doesn’t have quite the same measurables but is ready to put his stamp on a game right away.

Joey Thomas, Springfield Sci-Tech – Arguably the top young prospect in the western portion of the state, Thomas is a budding big guard with a high ceiling. He’s still just scratching the surface of his long-term potential but should show increased signs of stardom this year.

Chandler Wilson, Paulo Freire Charter – Following a freshman season at MacDuffie, there may be nights where Wilson goes through the competition like a knife through butter. The lefty guard has made noticeable strides since last year and should be able to put up notable numbers right away.