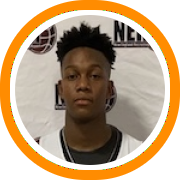 Our third state association profile takes us to Connecticut and the CIAC, which is typically one of New England’s two most talented.

This year is no different as there are prospects for all levels of college basketball in the state association ranks, including multiple scholarship caliber candidates in the senior class alone.

As a side-note, the CIAC also deserves credit for being the first of New England’s six state associations to commit to hosting an event during the NCAA’s scholastic recruiting period in June.

Until then, the emphasis will be strictly on the current season. Here’s a look at the top prospects in action:

Justice Ellison, Corey McKeithan, & Primo Spears, Windsor, 2020 – Last year’s division I runner-up not only returns the best backcourt tandem in the state in Rider pledge Corey McKeithan and Primo Spears, but they welcome in Justice Ellison to give them a three-guard rotation that is absolutely unmatched in the state. They’ve got plenty of motivation this season and also the benefit of a legendary head coach, as Ken Smith is on track to pick-up his 600th career win before February. Freshman Troy McKoy is already getting substantial minutes and looks like he could be a big part of the program’s future.

Matt Knowling, East Catholic, 2020 – The defending state champions will always be one of the most well-coached teams in the state but they’ll have to account for the loss of four starters. Fortunately, the returner is Matt Knowling, a versatile southpaw forward who is already committed to Yale. He established himself as one of the state’s best players last year but will have to do even more this year while a new supporting cast will include Chris Jones.

Kazell Stewart, Prince Tech, 2020 – It’s hard to imagine there will be a more explosive athlete or impressive physical specimen anywhere in the CIAC this year. Stewart is a highlight waiting to happen above the rim with the physique of a full-grown man. He put up huge numbers last year and is bound to do more of the same this year.

Guy Ragland, Northwest Catholic, 2020 – This looks like one of NWC’s most talented teams in recent years and Ragland is one of keys. The big man has the size and physical profile to be a game-changer inside along with the touch and floor-spacing potential to translate his game to the next level. The program’s return to prominence should be a lengthy one as well as head coach John Mirabello has one of the best sophomore tandems in the state with Matt Curtis and Hayden Abdullah.

Akili Evans, Holy Cross, 2020 – One of the most potent scorers in the NVL, Evans is a big and wiry guard who can get buckets in bunches. The key for Holy Cross this season will be his supporting cast. Evans already had an offensive outburst this season, going for 31 in a close win over Torrington just prior to the holiday break.

Connor Tierney & Lorenzo Washington, Sacred Heart, 2021 – If Evans is the best individual player in the NVL, then Tierney and Washington are likely the best tandem. The junior duo features unmatched size with the 7-foot Tierney along with Washington’s playmaking on the perimeter. They’ll need to be every bit as good as advertised if Sacred Heart is going to continue their run after suffering significant losses.

Rassoul Abakar & Akim Joseph, Trinity Catholic, 2021 – The Crusaders were an uncharacteristic 8-13 last year but in the process of bouncing back this season behind this talented junior tandem. Joseph is already an established product in the CIAC while Abakar should make a name for himself this season with a similarly versatile combination of size and versatility. Rahsene Fisher will also be important for a team that should again contend in the FCIAC.

Mason Jackson, Norwich Free Academy, 2021 – Fresh off a trip to the ECC D1 finals last year, NFA looks like one of the favorites in the league this year. They’ll rely quite a bit on Jackson, one of the state’s premier juniors, to provide offensive firepower with his size, athleticism, and multi-dimensional repertoire.

Donovan Clingan, Bristol Central, 2022 – The big fella is a secret no longer and while he’s only just a sophomore, he’s already the most widely recruited prospect in the state with early offers from UConn, Syracuse, Providence, and Georgetown among others. There’s a difference between being the best long-term prospect and the best player today though and the X is going to be squarely on his back every time out.

Keyshawn Mitchell, Capital Prep, 2022 – He’s a very intriguing prospect who is loaded with long-term tools and upside. He also has the luxury of being part of a deep team as Capital Prep, who began the season with a 4-0 record, has Isaiah Ferguson and Keanu Figueroa in the senior class, Chris Hough and Jalen Gordon in the junior class, and Quincy Ferguson in the sophomore class.