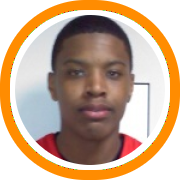 Alex Murphy and Ricardo Ledo, two of the best rising sophomores in New England and beyond, attended the University of Florida’s Elite Camp last weekend.

Alex’s older brother Erik Murphy will be a freshman next season for head coach Billy Donovan and was on campus for the camp along with many of the other players from next year’s team.  Also on hand were former Gator products and current NBA players Joakim Noah, Taureen Green, Mike Miller, Matt Bonner, and Al Horford.

“It went great.  I like it down here a lot,” the younger Murphy said via text message.

“I played really well I thought.  Sometimes camps aren’t the greatest basketball but the coaches did a real good job and it went really well.”

Murphy and Ledo starred together this season on Expressions Elite 16-and-under team and are both early targets of a wide variety of high major schools.  Murphy will be a sophomore at St. Mark’s School in Massachusetts and Ledo will be joining St. Andrew’s program in Rhode Island next year.