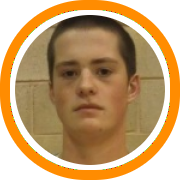 The summer success rolled through Babson college this weekend as the junior BABC team swept their opponents. Playing part in the success was Jaylen Brantley, who played a more physical game filled with strength and quickness to get his shot off much easier and hit trey after trey, and Andrew Chrabascz, who was a force with his size and athleticism looking true to his ability as the strongest player on the floor.

Here’s a look at other players who stood out:

Bonzie Colson – The rapidly growing prospect made his presence known throughout the weekend, emerging as BABC’s go-to man in the half-court, overpowering defenders in the post, and finishing his fair share of and-ones.  St. Andrew’s coach Mike Hart said he was comfortable with his sophomore forward anywhere “inside the three-point line,” as he knocked down mid-range jumpers and showed developing guard skills.

Kealen Ives – Running point guard for the Rhode Island Hawks sophomore squad, Ives held the game high with 19 points and 5 three-pointers against BABC.  He has the ability to take off in transition, finding holes in the defense by penetrating gaps and giving it off at the last second to create an open lay-up for a teammate.

Ainge Brothers – Playing both u16 and u17, Crew Ainge proved to be a player with a high I.Q., limiting his turnovers and controlling the ball against full court pressure.  His shooingt ability is a threat at all times, allowing him to slide off the ball when sharing the backcourt with his brother, Cooper Ainge, who did an unbelievable job of leading his Wellesley High School team.  Cooper sank five threes to lift the team over the Bay State Magic and then dropped 30 points on his own Middlesex Magic team, anxiously bursting in eight three-pointers in a tough loss, all while showing winning instincts and playing strong with the ball.

Tom Hunt & Corey Daugherty – Hunt laced the ball this weekend, netting six threes in a ten point victory over MCI on Saturday and eight more trifectas in a Sunday loss to the Middlesex Magic.  Daugherty got going with a half-court double pump buzzer beater early in the weekend and then kept it going with a series of treys and fade-away jumps shots, while also showing a sturdy handle and a sense for passing through traffic.

Ben Judson – He called upon his experience against older competition to be a versatile player for his 9th grade Mass Rivals team, rebounding with strength, blocking shots, knocking down shots around the perimeter, and blowing by defenders.

• Tyree Robinson continued to throw down put-back slams and alley-oops
• Curtis Cobb shot the ball well & made a few nice moves to the bucket
• Jonathan Joseph controlled the tempo by pushing the ball in transition
• Brandon Eckles held strong in the post, scoring 11 points against BABC
• Jerelle Washington went for weekend high of 25 points in one game
• Dexter Thompson pitched in consistently throughout the weekend