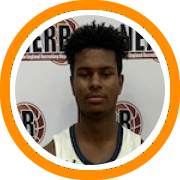 With mid-season updates now completes in the junior classes of both Connecticut and Massachusetts, it's time to extend our lens into New Hampshire.

The basketball landscape in the Granite State has always been one dominated by prep schools and while that hasn't changed in recent years, what has changed is the time when those prep prospects arrive.

It used to be that the major influx came with post-graduates. With NCAA eligibility standards changing over the years though, more and more prospects are spending multiple years in the prep ranks and so even our 2020 rankings are now dominated by prep products.

First year Brewster Academy guard Jamal Mashburn Jr. debuts in the number one spot. The son and namesake of a former New York City legend, Kentucky All-American, and NBA All-Star, Mashburn is a different type of player than his father was as he's a scoring combo-guard. He's skilled, able to get hot in a hurry, and score at multiple levels, but what has perhaps been most impressive so far this season is his toughness. There's no denying that Brewster has faced some bumps in the road this season as their uniquely talented individual parts haven't always found it easy to mesh together in a cohesive way. Even in moments of adversity though, Mashburn has continued to play hard, compete, and show his character, which is definitely something that translates to the next level.

Kimball Union Academy guard Enoch Cheeks has been on an absolute tear this season and putting up huge numbers. They aren't empty stats either. Granted, he's had to shoulder the vast majority of the offensive load and had the opportunity to play with high-volume and a lot of freedom as a result, but he's been relatively efficient while doing so and able to show off an expanding skill set in the process. Now that he's more of a shooting threat off both the catch and the dribble, Cheeks athletic and physical attack are becoming all the more dangerous. As a result, he's jumped all the way up to the second ranked prospect in the state. New Hampton big man Bas Leyte has been a prospect who we've been high on since his arrival, but he's now starting to turn those tools into consistent production at an unprecedented rate.

One player who has come out of nowhere to make a name for himself this season, and pick up his first two division one offers in the process, is St. Paul's Jordan Geronimo. The 6-foot-5 wing may just be scratching the surface of his potential given his length, athleticism, and still untapped potential.

Aside from Mashburn, Tilton guard Jalen Leach has been very impressive in his first season, showing a long, budding frame and a nice foundation of skill to match. New Hampton big man Camberk Kausuk, a native of Turkey, is another newcomer making his presence felt this season, especially in recent weeks, as he's been ultra-reliable for the Huskies and constant double-double threat.

While the top ten doesn't currently feature any prospects from the NHIAA ranks, there are a pair of New Hampshire natives on the list. The first is Proctor Academy point guard Bol Akot, a true point guard and absolute wizard with the ball who already has a steady dose of early recruitment. The second is Marcus Peterson, a two-sport star at New Hampton who stars on the gridiron and has worked his way into being an important contributor on the hardwood this season.