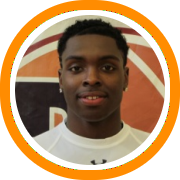 With most of the MIAA’s top teams already in action, we preview the top teams and players in each statewide division:

Springfield Central, the defending state champion in Division 1 who went 24-1 last season, returns a ton of size, where their strength will most certainly lie. Kamari Robinson was a double-double machine last year for the Golden Eagles, and with his ability to score from outside or in the paint, more of the same should be expected. Newcomer Chris Baldwin showed this summer running with Mass Rivals that he is one of New England’s most promising young talents at the forward position. Baldwin is a big, strong forward with superb athleticism and an ability to step out and hit the mid-range jumper. With Cornelius Tyson academically ineligible and Cody Williams out for three weeks because of an injury sustained during football, Central will be thin at guard for the time being.

Central Catholic came up short of a talented Charlestown team last year in the Division 1 North finals, but the Raiders will be back with one of the state’s most talented teams to avenge last year’s loss. Tyler Nelson is no longer known as just a shooter, as we saw this summer when he played with BABC that he is a very good ball handler, sufficient inside scorer, and organizer of a team’s offense. Joel Barroa and Nick Cambio will be one of the better forward combos in the state, both have the offensive versatility to draw attention down low and create open looks outside for Nelson.

St. John’s Shrewsbury fell victim to Springfield Central in the Division 1 state semifinals this past March, but they return a large core from last year’s team. The Pioneers have won five consecutive central Mass. championships, and will look to add yet another this year behind 6-foot-6 junior forward T.J. Kelley, senior sharpshooter Ken Harrington, and multisport sophomore star Davon Jones. Forward Charlie Murray, senior Tarik Octave, as well as underclassmen guards Adham Floyd and Stefen Masciarelli, will also be in the mix off the bench for one of Bob Foley’s deepest teams in recent memory.

Jameilen Jones proved last year that he is one of the state’s most talented all-around offensive threats. BC High will look to him to continue to be a lead rebounder and scorer this year, but he will also have some assistance from lightning-quick point guard Charles Collins. Right now Central Catholic is the favorite to come out of Eastern Mass., but don’t underestimate Coach Bill Loughnane’s ability to put the pieces together with this team.

North Andover and New Mission are the pre-season favorites early on in Division 2. North Andover returns versatile forward Isaiah Nelsen, who has shown in scrimmages to give opposing teams problems because of his offensive versatility. Derek Collins will be one of the better outside shooters in the state for NA, while 6-foot-5 Central Catholic transfer Chris Bardwell will force a ton of attention down low because of his variety of post moves.

From a pure talent standpoint, New Mission may have a leg up on anybody else in Division 2. The Titans are loaded in the backcourt: sophomore point guard Greg Bridges blew up down at Nationals this summer, sophomore guard Juwan Gooding is one of the best scorers in the Boston City League, and junior Shaquan Murray has shown in the pre-season that he is poised for a break out year. Also an intimidating team down low, Nate Anderson has completely transformed his game and style of play in the offseason, while Isshiah Coleman’s long arms will make him one of the state’s best shot blockers.

Wakefield returns sophomore star Bruce Brown, whose athletic talent and tremendous skill was on display this off-season with BABC. Despite being a sophomore, Brown could potentially be one of the MIAA’s best players this season, and he’ll have senior forwards Kendall Hamilton and Mikol Blake-Green to back him up on the post.

Right now, Brighton is a darkhorse pick in Division 2, despite making the D2 state championship last year – losing to Mahar in the finals. Malik James has gotten a lot of attention, and that’s understandable given his impressive skillset, but 6-foot-4 forward Nick Simpson may be the determining factor in how far Brighton goes this year.

Another BABC guard, Darien Fernandez, will be one of the state’s best point guards this year for Wareham. The Vikings tore through Division 3 south last year, and with Fernandez and forward Jeff Houde both back, more of the same should be expected this year.

The defending state champion, Danvers, lost several seniors off of last year’s team, including 6-foot-7 center George Merry. This year they will rely on senior guard Nick Bates, who has shown in the pre-season that he may be the best player in the Northeast Conference. To make no doubt about it, Danvers is the favorite in Division 3 North.

St. Joseph’s Central took home the Division 3 Western Mass. title last year, and returns their point guard and best player to this year’s team: senior Taverick Roberson. St. Joe’s will have one of the tougher schedules in Western Mass. D3 this year, including a showdown with Connecticut power Capital Prep at the Hoophall Classic.

At this point, Rockland senior star Tyler Gibson looks to be the most polished forward in MIAA hoops. The UMass-Lowell signee, known for his skyrising dunks and blocks, will lead a relatively young squad who is looking to challenge Wareham in Division 3 South.