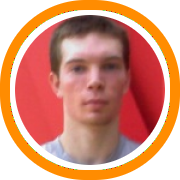 Thornton Academy scored a huge upset over previously unbeaten and top ranked Cheverus in the West semi-finals last night.  James Morse led the way with 22 points, including 11 in the fourth quarter, and Ian Barwise sealed the game at the free-throw line in the closing seconds.  The victory was particularly sweet for Barwise since he played at Cheverus last year before transferring to Thornton.  Now, Thornton will face Portland in Saturday night’s regional final.  Portland scored a mini-upset of their own, knocking off 2nd seeded Westbrook 55-43.  Balance was the key as Portland had three guys in double figures: Koang Thok with 17; Eddie Bogdanovich with 13 (and 8 rebounds); and sophomore James Ek 13, 11 of which came in the decisive fourth quarter.

There were more upsets in the east last night as 10th seeded Lawrence defeated 6th seeded Mt. Blue.  Lawrence only made the tournament by the skin of their teeth and has now defeated 3 higher ranked team, including Mt. Blue on Wednesday night who had beaten them by 40 during the regular season.  Unfortunately, Mt. Blue wasn’t at their best as their star guard, Ben Russell, was severely limited by an illness, although he tried valiantly to play through it.  Still, take nothing away from Lawrence as their Cinderella story continues to the regional finals where they will face Edward Little who survived a close battle with Bangor on Wednesday night 44-39

The east semi-finals were played last night in Bangor.  In two separate commanding victories #3 Rockland defeated #2 Presque Isle 57-39 and then #1 Camden Hills beat #5 Hermon 60-36.  Offensive balance and defensive pressure continued to be the key for Camden Hills as they got 14 from Tyler McFarland, 13 from Graham Safford, and 11 from Gordon Fischer.  Rockland was led by Chris Davis who scored 19 points in the win.

In the west, the semi-finals will take place tonight in Portland as Cape Elizabeth faces Greely at 7:30 and Lake Region battle Falmouth at 9:00.  Cape Elizabeth scored a 66-58 victory over Yarmouth in a battle of the 4 and 5 seeds on Saturday night while top seeded Greely defeated Gray-NG 68-35.  Lake Region scored a mild upset over third seeded Mountain Valley 61-52 in another quarter-final while 2nd seeded Falmouth blasted Lincoln Academy 68-42.

In class C the semi-finals are set in the west as St. Dominic will play Wiscasset tonight in Augusta followed by Traip and Dirigo.  Thomas Knight had 27 points in Dirigo’s quarter-finals match-up with Waynflete as the Notre Dame bound big man appears poised to lead his top ranked team to the championship.

In the east, top seeded Washington Academy defeated Narraguagus on Wednesday 79-55 while Stearns knocked off Orono 79-61 to earn their way to the semi-finals.  Two other teams punched their tickets to the semi’s on Tuesday as #6 Lee Academy beat #3 Schenck 68-56 and #2 Calais beat Sumner 51-29.

Bruce Carver scored 16 of his game high 28 points in the first half to lead Richmond over Elan 57-38 last night.  That sets up a match between the two top ranked teams in the regional final as #2 Richmond will face #1 Forest Hills who beat Vinalhaven 53-42.

In the east, the semi-finals will take place on Thursday night as Shead faces Central Aroostock at 7:05 followed by Woodland vs. Bangor Christian after BCHS scored a huge upset over top seeded Fort Fairfield in the quarters.